State of the Garden - June Edition

It's been a while since I have had a "State of the Garden" report - so here goes!

Boy the weather has been weird here in Portland this spring. We've had some pretty significant swings in temperature every few days, like 30-40 degree swings!

Summer begins next week, but we have already had several days around 100 F degrees.

It's 59 F degrees and overcast as I write this a week later. 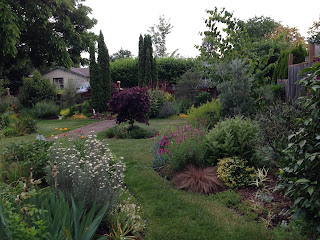 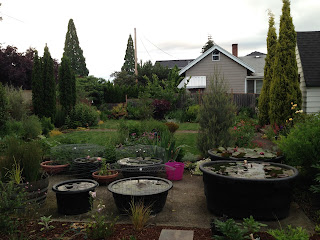 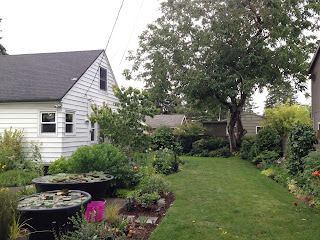 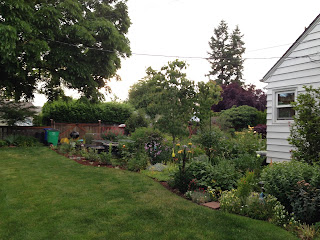 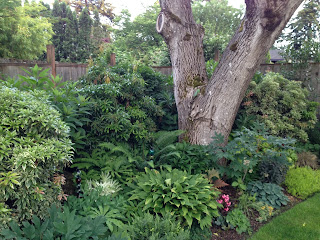 The recent hot weather most impacted my goldfish out in their troughs in the full sun. In some of the smaller troughs, I sadly had "fish stew." It was really tough keeping them cool for several days.

I have figured out some "beat the heat" solutions and have upgraded to larger troughs, so the next time this happens I have a game plan. It was a bit of a surprise to be so hot, so early.

I had already planned on upgrading some of the troughs this year and removing the smaller 70 & 50 gallons. I opted for a new 300 gallon and a 180 gallon.

To place everything where I wanted it was a major pain in the rear end. I had to systematically disassemble the smaller troughs, to shift the next size up. It took a long time and I shouldn't have done it on one of the hottest days, but I had to do it. I plan on buying at least three more 180 gallons to consolidate fish and lilies and give them more space.


I've done a bit of trimming (aka "whacking") on some larger shrubs that were getting way too big and smothering their neighbors. I know it's generally a losing battle with shrubs to try and contain them. It's best to just let them be, but when gardening in a smaller space, letting shrubs be their natural selves doesn't always fit in.

I figured, if I was at a point where I would just remove the shrub, I might as well start trimming it back and see what happens.

There were eight Juniperus chinensis 'Old Gold' outside my fence. They were originally planted to keep the neighbor's cats and children at bay. Over the years I had to turn them all into "boxes" because I wanted to keep them off the sidewalk and the plants next to them. I have removed all but three and planted much more interesting things.The plants that were there now can spread out and be the stars. 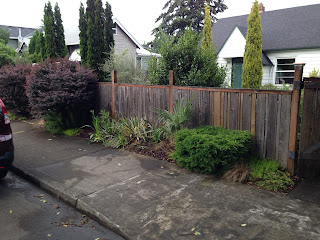 I weeded the lawn recently, by hand, but don't tell anybody that or the men with the comfortable white "huggy" jacket will come pick me up. I have one weed in particular, a type of Veronica, that I can't seem to get rid of, so I sat on my butt in the grass over several days for an hour or two here and there and pulled it all out. With a glass of wine and some music of course to make it very zen.

From some research, I learned that the one chemical that might get rid of my Veronica was really toxic to everything, stayed in the soil for months and I didn't want to expose anything to that. It's just not worth it! So manual removal to the rescue. I'm sure the weed will come back, but if I keep on it next year, eventually it will be manageable.

Below are some of the plants currently in flower or looking pretty:

This past holiday weekend, I traveled to Minneapolis to see family I had not seen in way too many years.

One of those people was my 71 year old father who recently had a liver transplant. His surgery was about 3 months out and although he was doing well, he wasn't able to walk too far or for too long.

We decided that the Como Park Zoo and Conservatory was a good option for something to do that would also allow us to push dad in a wheel chair. A good balance of adventure and taking it easy for dad. Being inside was also a plus as the weather often threatened to rain. 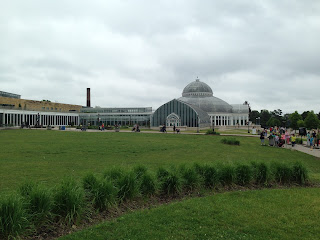 A few of us visitors are nerdy plant people, so taking us to a huge glass house such as the Marjorie McNeely Conservatory is just the right thing to entertain us. Didn't hurt that Dad also loves flowers.

The conservatory occupies an acre under glass, with six indoor gardens and several outdoor gardens. The inside features a fern room, palm room, orchid house, a seasonal room and a few others. Please see the link to their web site for official information.

One thing I really enjoyed, was that most of the plants had plant identification tags.

It was also very easy to maneuver dad's wheel chair in and out. We even got dad to the Tea House in the Japanese garden. Thankfully my little brother is a Ragnar marathon runner, so he had no problems pushing dad all over.

I've forgotten which rooms some of the pictures were taken in, so the pictures are a little bit of a mishmash. 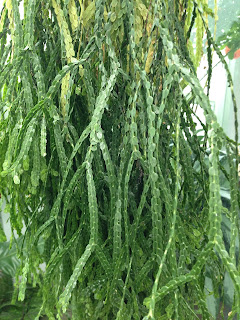 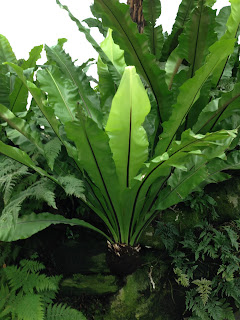 One of the rooms is The Sunken Garden, which is a seasonal showplace. The display changes with the seasons. This time, it was full of lilies and other fragrant plants in grays and purples. 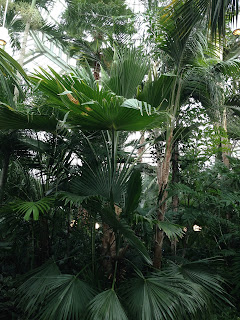 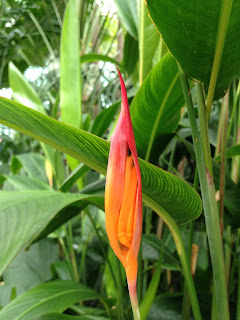 There is a lovely little Japanese garden and a collection of bonzai. Nagasaki, Japan is St. Paul's sister city. 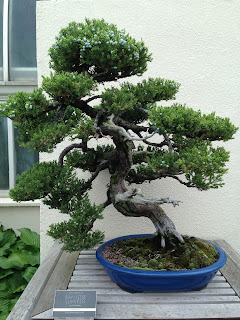 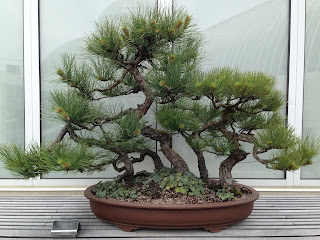 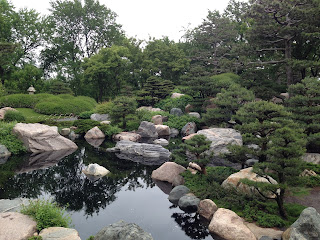 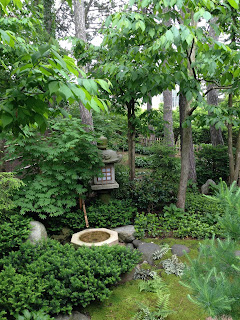