In the past, my two big trees (English Walnut and Black Walnut) have needed some professional help. I've talked about them getting trimmed in the past, so I will spare the details in this post.

One of these chunks of wood recently gave me a nice surprise. After trimming back some perennials in the flower bed where the log was left, I noticed that it was covered on the top and two side with beautiful mushrooms. 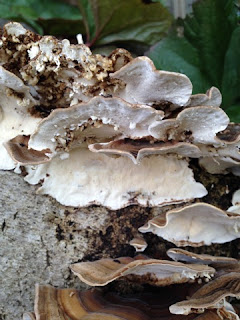 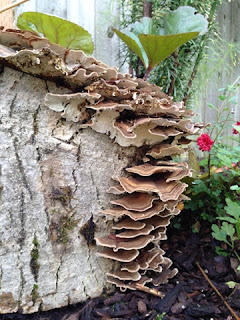 I had no idea what they were, but after posting some pictures on Facebook, I was told they were Trametes versicolor (Turkey Tail), a common polypore mushroom.

It was interesting to learn that this mushroom has long been known to boost longevity and health with its immune boosting and cancer fighting properties.

They are not an "eating" mushroom, but medicinal tea, tinctures, and such can be made from them after drying.

I doubt that I will use them, but knowing information about them is fascinating. 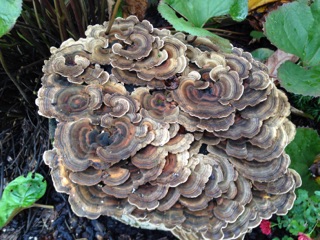 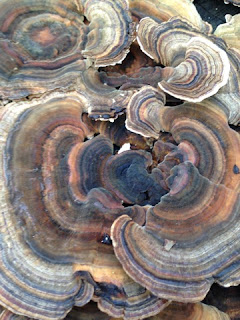 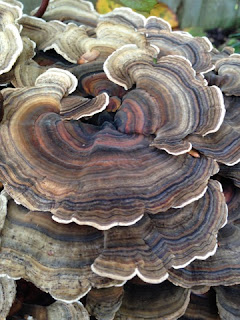