Down with Ash Whiteflies!

Be sure to support your local spiders!

They are helping get rid of some those invading Ash Whiteflies.

These little buggers are new to Portland and quite the nuisance.

I can't tell just how many I may have breathed in while gardening recently. 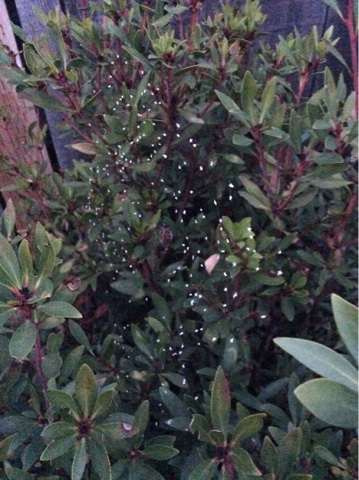 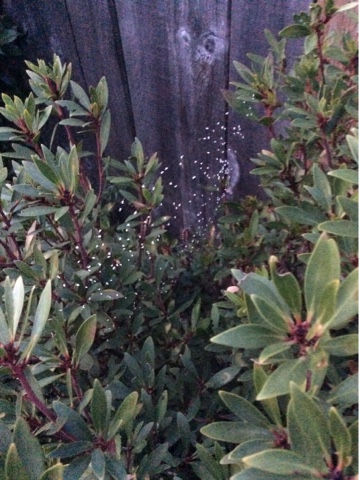 I remember as a kid wrestling with my older brother.

Like most brothers, we were not particularly nice to each other most of the time.

While wrestling, we would each get in our jabs and usually it meant I would lose the fight and then something terrible would happen...

Often it was a "wedgie" or a "snake bite" or sometimes a "nip-twist". I didn't realize that a "purple nurple" was synonymous with the latter, until I urban dictionary'd it today.

I have to admit that once I get the words "purple nurple" in my brain, it's hard to get it out. I can be heard singing it often throughout the house in a variety of musical styles, just about every time I walk past the plant. Plant people are like that.

Which brings me to my favorite plant of the day - Tavaresia barklyi x Orbea variegata 'Purple Nurple'.

I bought the plant as a bare root cutting about a year ago from a grower (Miles2go.com). It was one of a few dozen plants I bought to satiate my blooming Asclepiad addiction. For a couple months, it was really bad...

After being potted up in 2014, this plant started out in my kitchen window. It made it through winter and spring and then this summer, it along with its friends, spent the summer in my sunny driveway.

The plants got some shade under the canopy of the black walnut tree, but also a good dose of hot direct sun. I was pretty sure I was going to burn them all up with our especially hot summer.

They also got pretty good doses of water from the sprinklers as I was watering like crazy to keep up with the heat. Thankfully I didn't drown them either. I lost a couple random plants, but they were in bad shape before they went outside for summer holiday.

This is the first bloom and I have to say I love it!