We are now well into July.

It seemed like in one week all the veggies doubled in size, especially the zucchini, cucumbers and pumpkin. The sorghum is going nuts too.

This week the weather has turned to HOT. I'm watering every other day, trying to keep up with the heat. 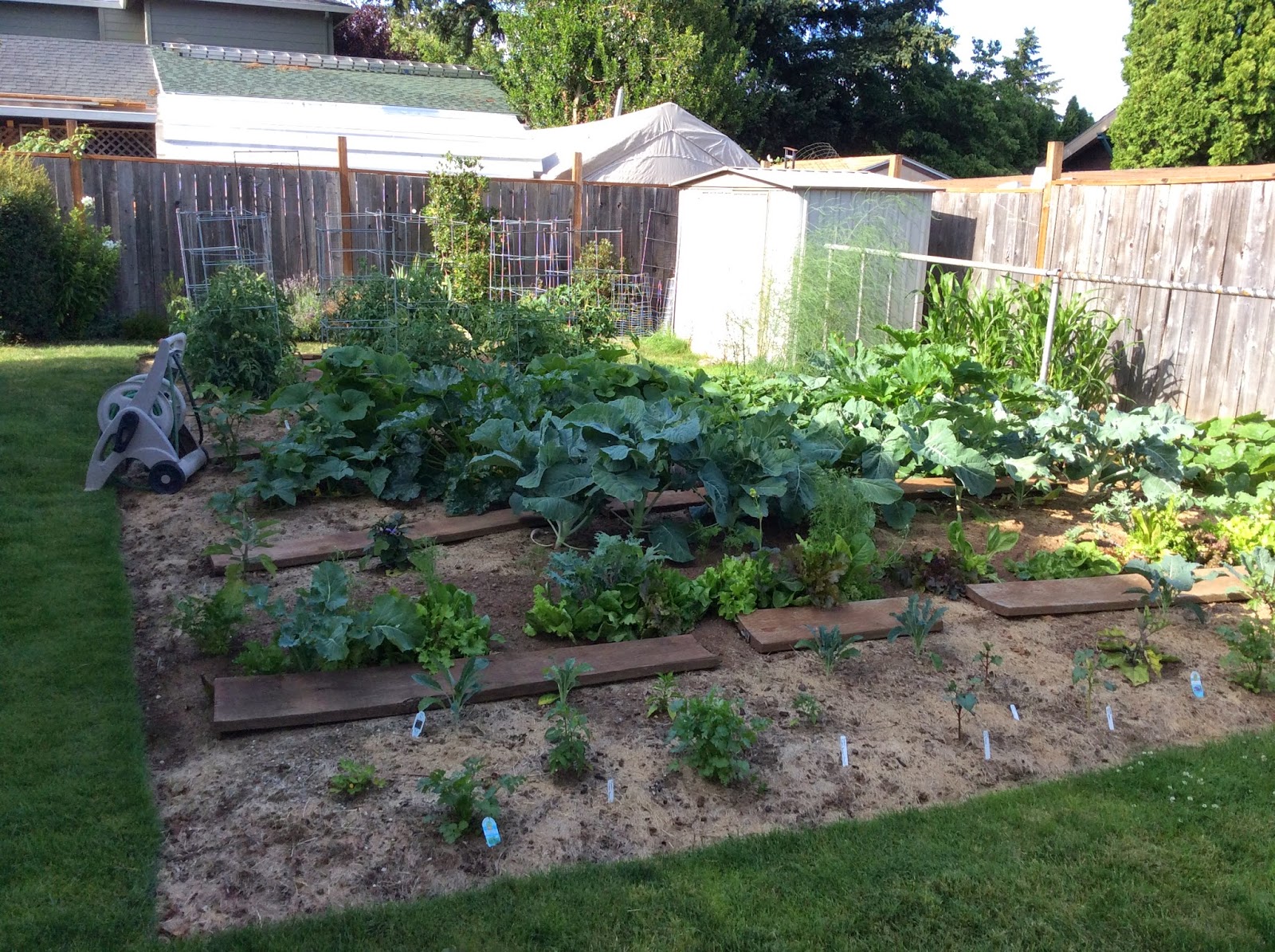 Some of the Haitian veggies are off to a slow start, while others are settling in nicely. The okra seems especially slow, but even these small plants are starting to flower. Each plant has several buds about to pop. They have grown for sure, just not as much as I thought they would.


The Roselle seems quite happy and has grown taller. The deep red calyx are already apparent and very pretty. I'm looking forward to making "agua de Flor de Jamaica" and perhaps preserving some of the flowers in syrup for champagne cocktails.

The squash/zucchini/pumpkins are all taking off. I have already harvested many Hungarian zucchini and yellow squash.

The collard greens are taking off too. If anybody has a good recipe for collards - please share it with me. I have no idea how to cook collards! 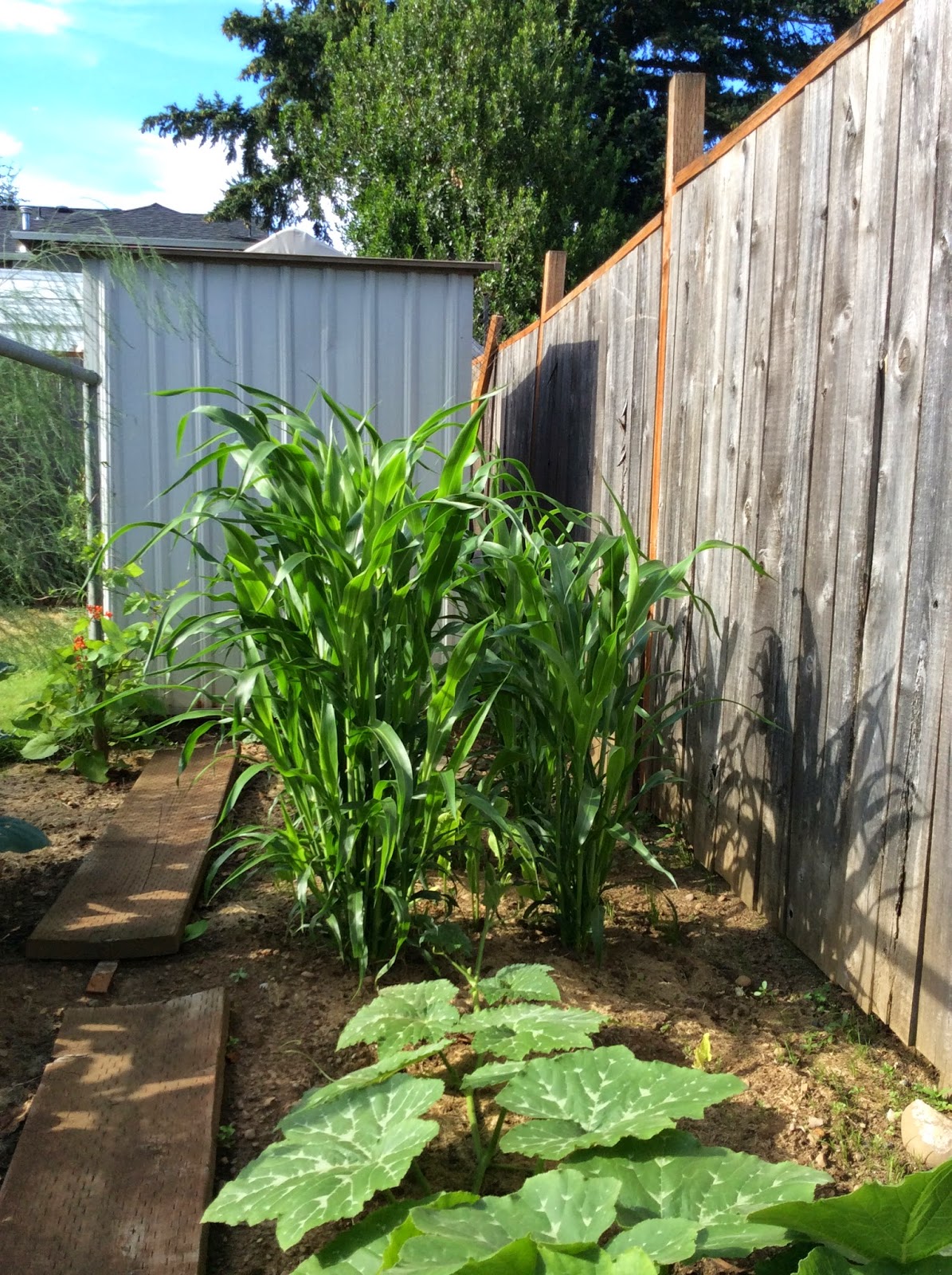 I thought it would do better closer to the fence because of the warmth, but the inner row seems to be outpacing the row near the fence. It is about hip-high at the moment. Perhaps the inner row is blocking the sprinkler from the second row?

It might be hard to see, but the other weeds are Horseradish starts from the clump I dug out 3 years ago. They are still popping up from roots that didn't get removed! There is even one coming out from under the garden shed. 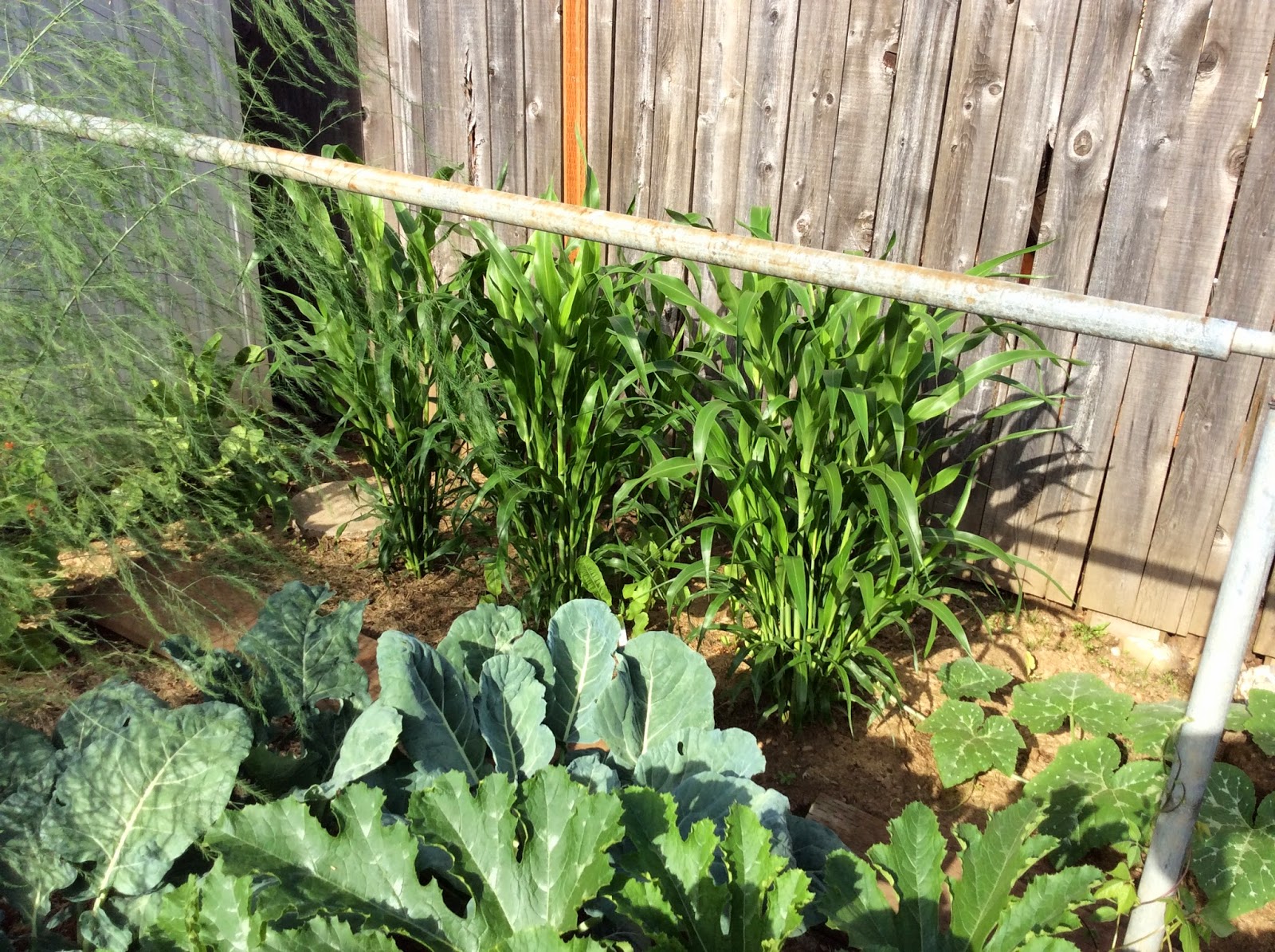 The tomatoes are finally kicking in too. Surprisingly, the largest green tomatoes are on one of the Haitian varieties. All of the other heirlooms are getting to the second rung of their cages. There are lots of flowers on the plants.

There were no red fruit though by July 4th, so looks like they will be a few weeks behind this year.


The Scotch bonnets are doing well, although the one on the left is twice as big as the other two.

The Pigeon Pea is settled into it's pot, but has not taken off yet. It does seem to be happy though with it's Gazania neighbors. I hope to see it put on some growth over the next few weeks. It still amazes me that the cultivation of the pigeon pea goes back 3,500 years!