It seems odd with my love of big, crazy, and bright flowers, that I don't have many Dahlias.

There were a few Dahlias that were discovered in my yard when I moved in many years ago, but I neglected them. They were planted in too much shade, so they stretched for the sun, and toppled over. They never bloomed, so I had no idea what color they even were.


Years later, I would occasionally get seduced by 6-packs of mini Dahlias at the nursery and I found that over time, many of them would come back each year.  A rainy and cold Portland winter will sometimes kill the tubers, but more often than not, they come back just fine year to year with no digging.

Tubers that don't need to be lifted and stored in the fall, fit right into my no fuss, plant it and forget it mindset. But having to stake a plant each years seems like too much fuss.

I purchased two Dahlia tubers ('Mingus Art' & 'Melqua Nebula') this year from a display of Old House Dahlia bulbs at Portland Nursery and had to give them a try.  'Mingus Art' has flowered wonderfully for several weeks now. 'Melqua Nebula' has just kicked into gear and the first flowers are open.

Last week, I was fortunate enough to stop by Old House Dahlia's open garden.  There were so many lovely eye-popping varieties, I may have to rethink Dahlias.

Sorry, I spaced a few of the names...

Please check out their website for tons of pictures. They ship tubers and sell cut flowers too. 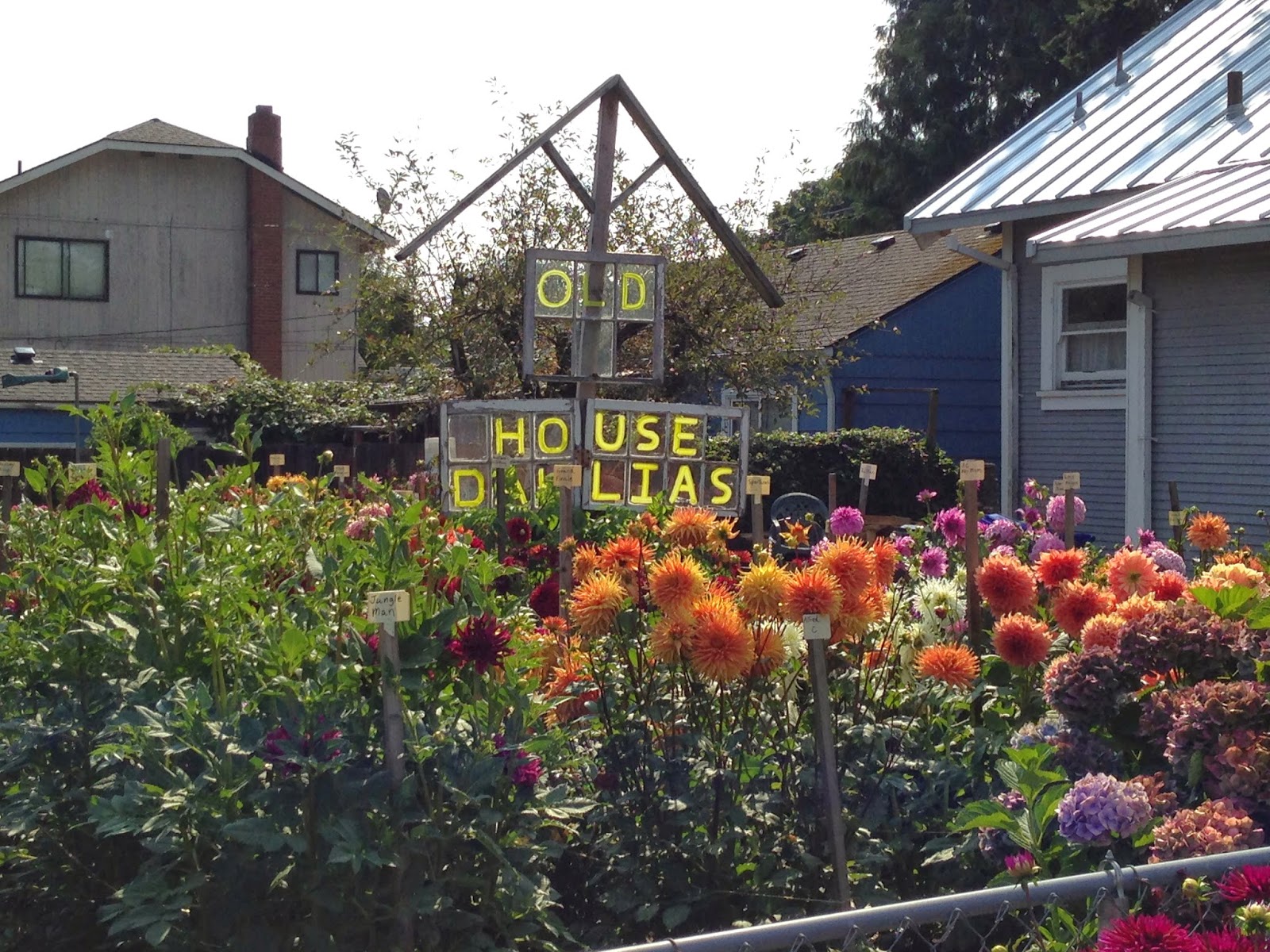 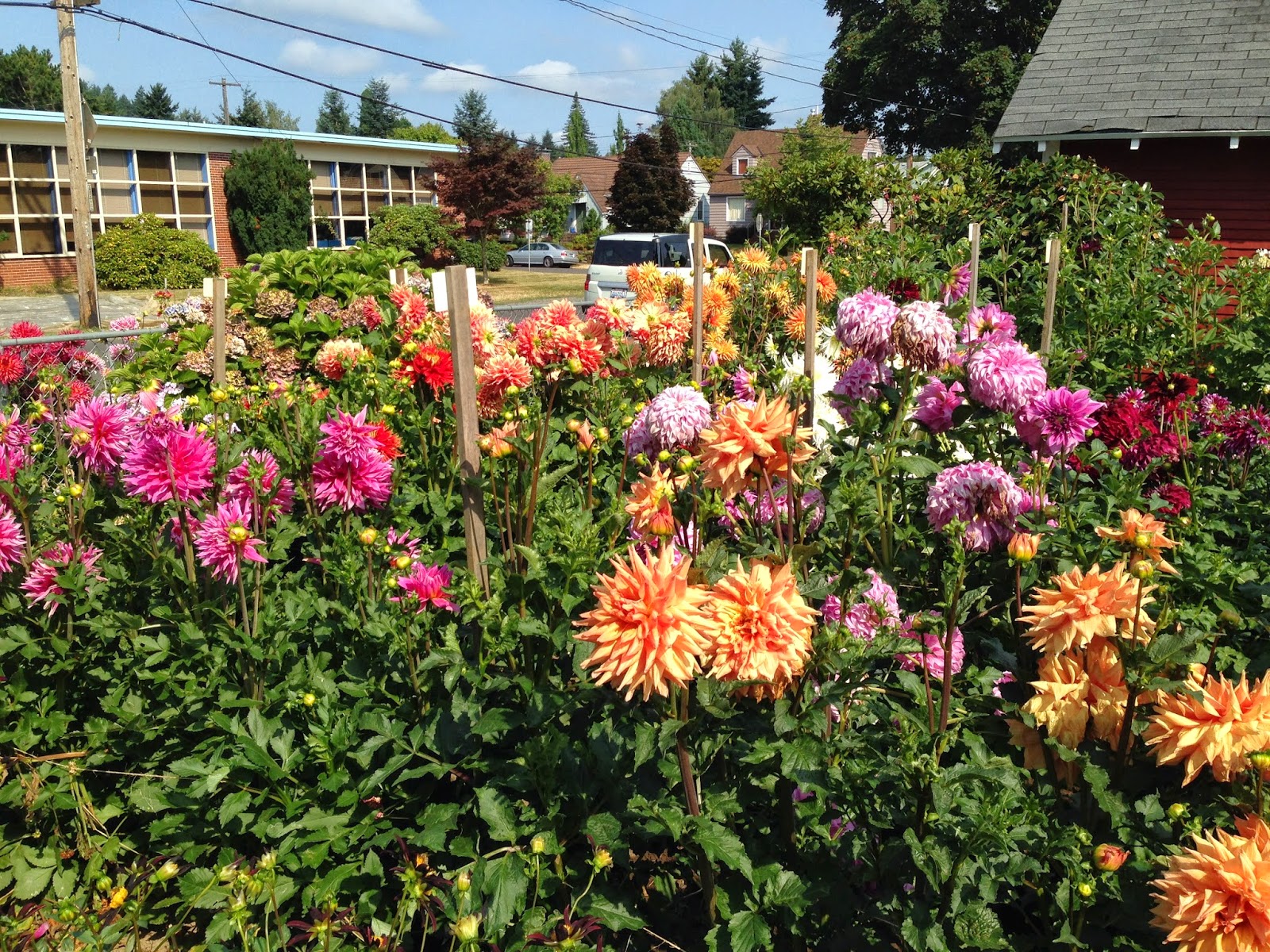 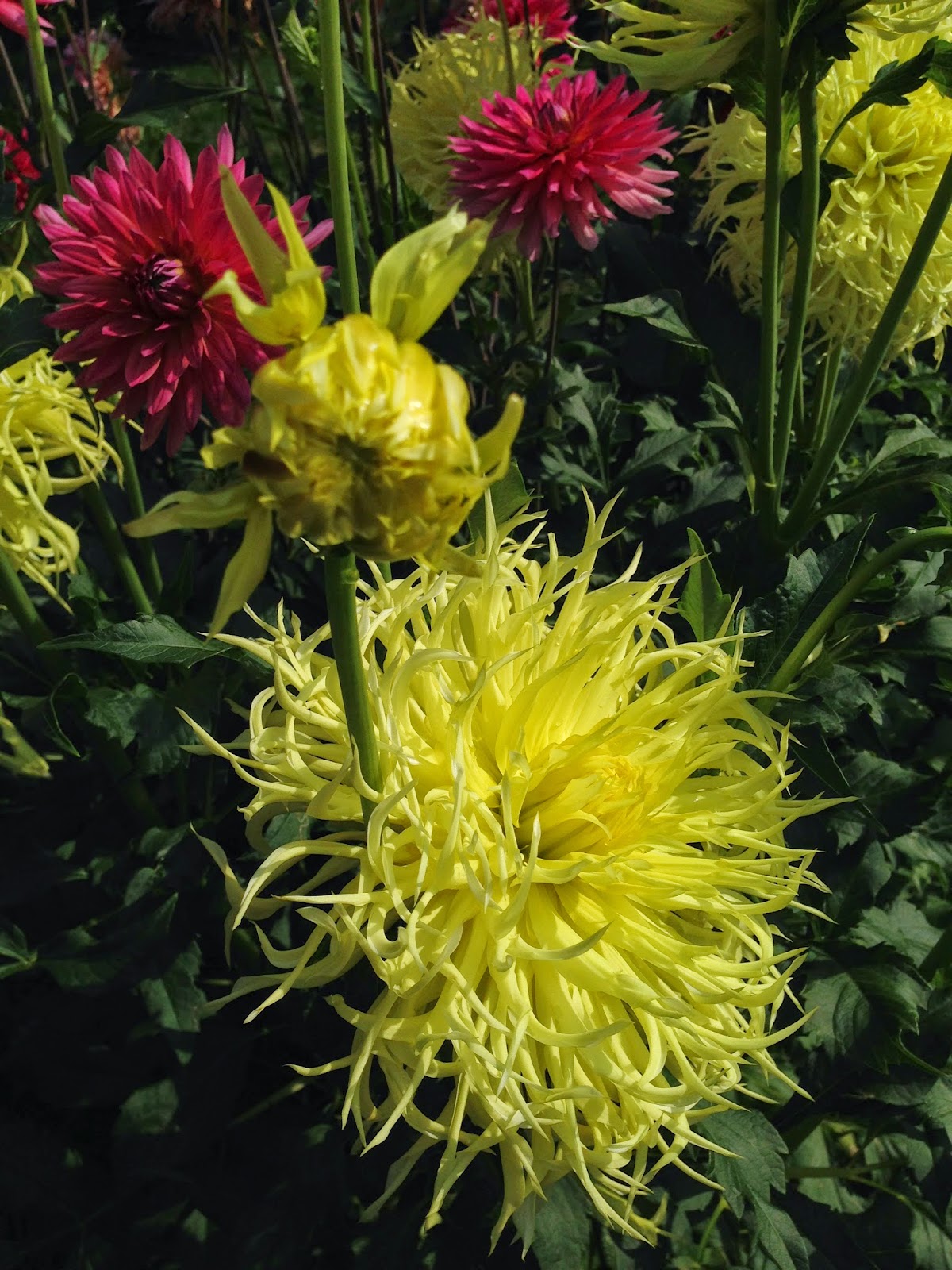 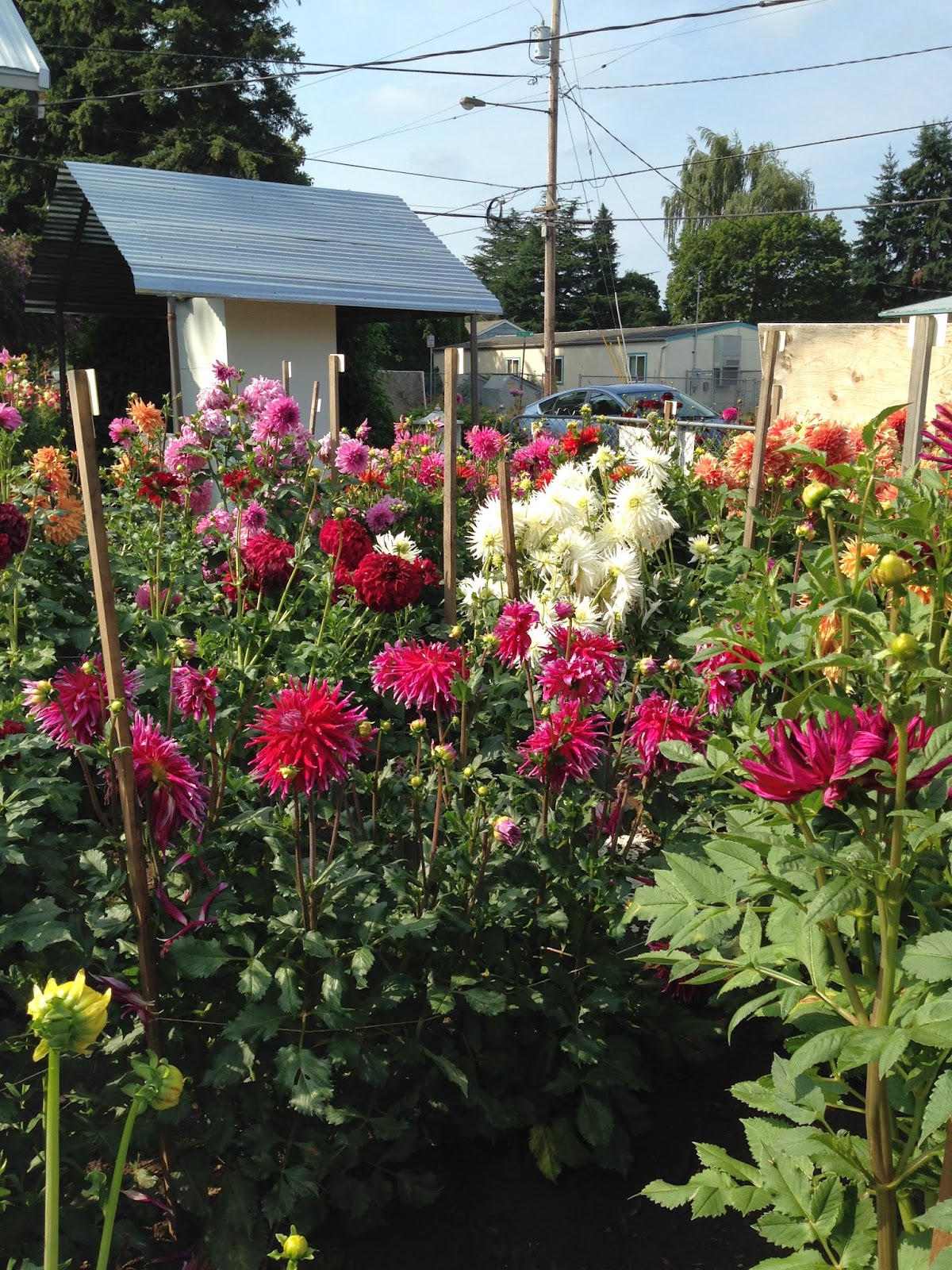 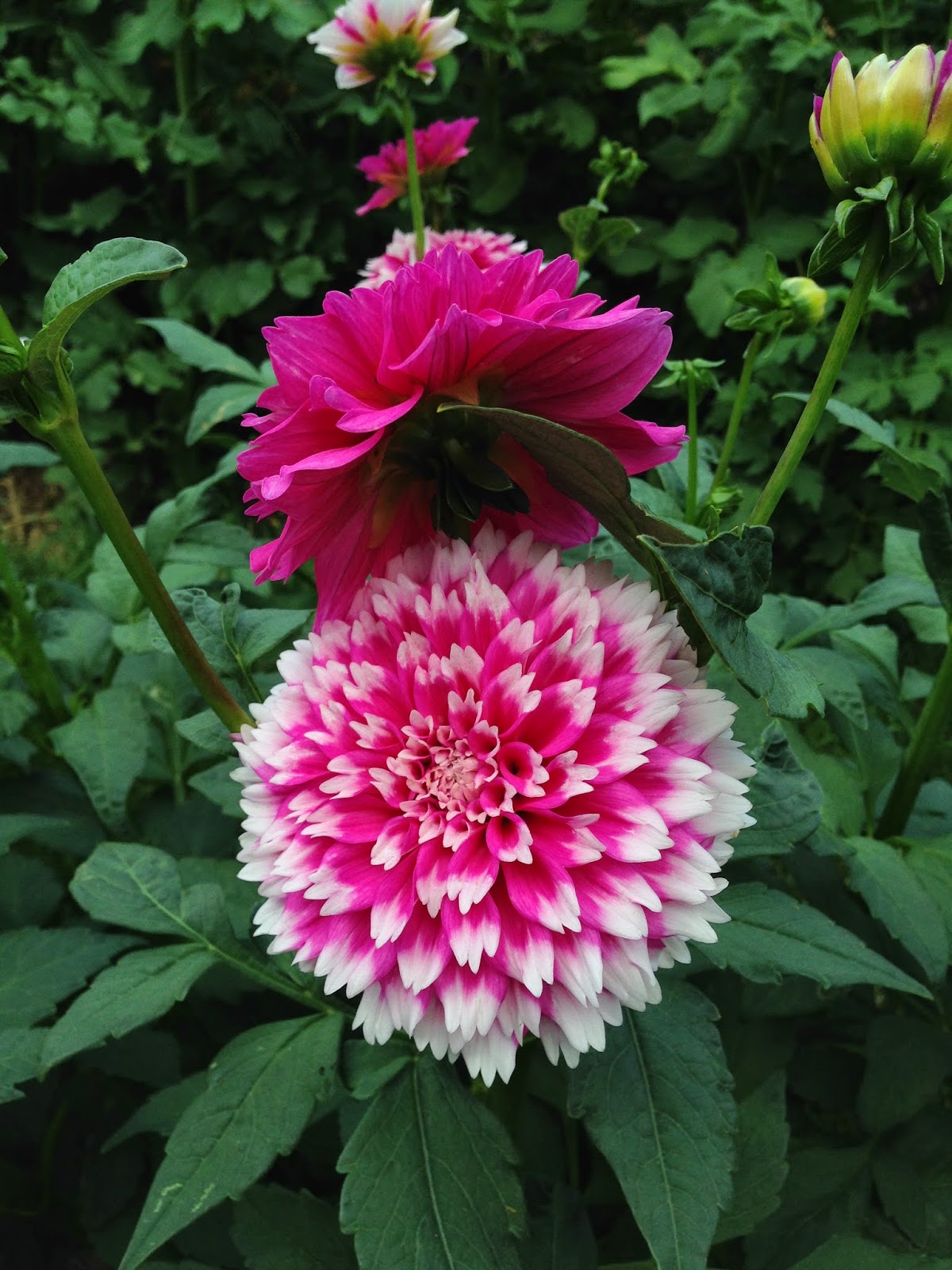 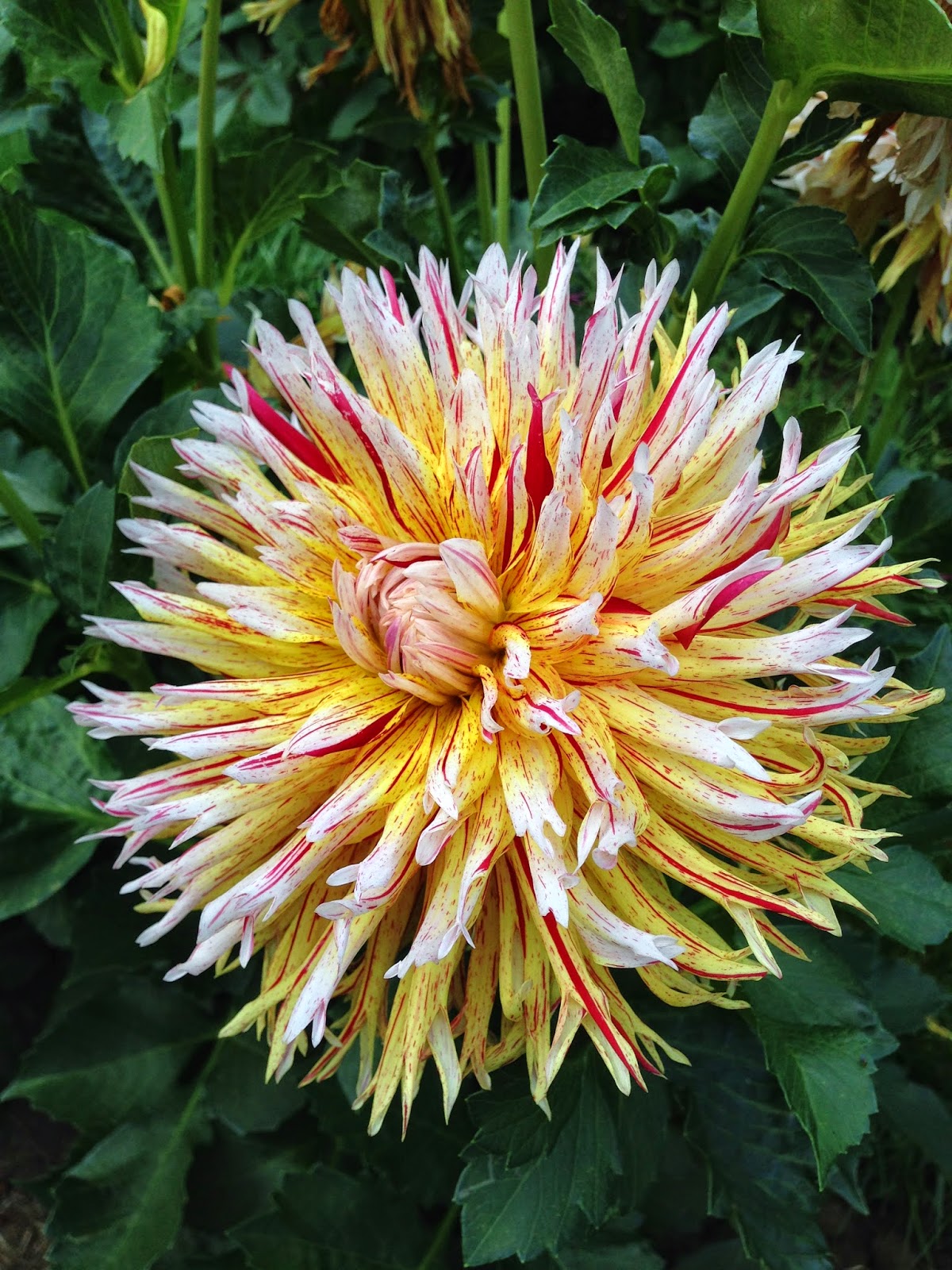 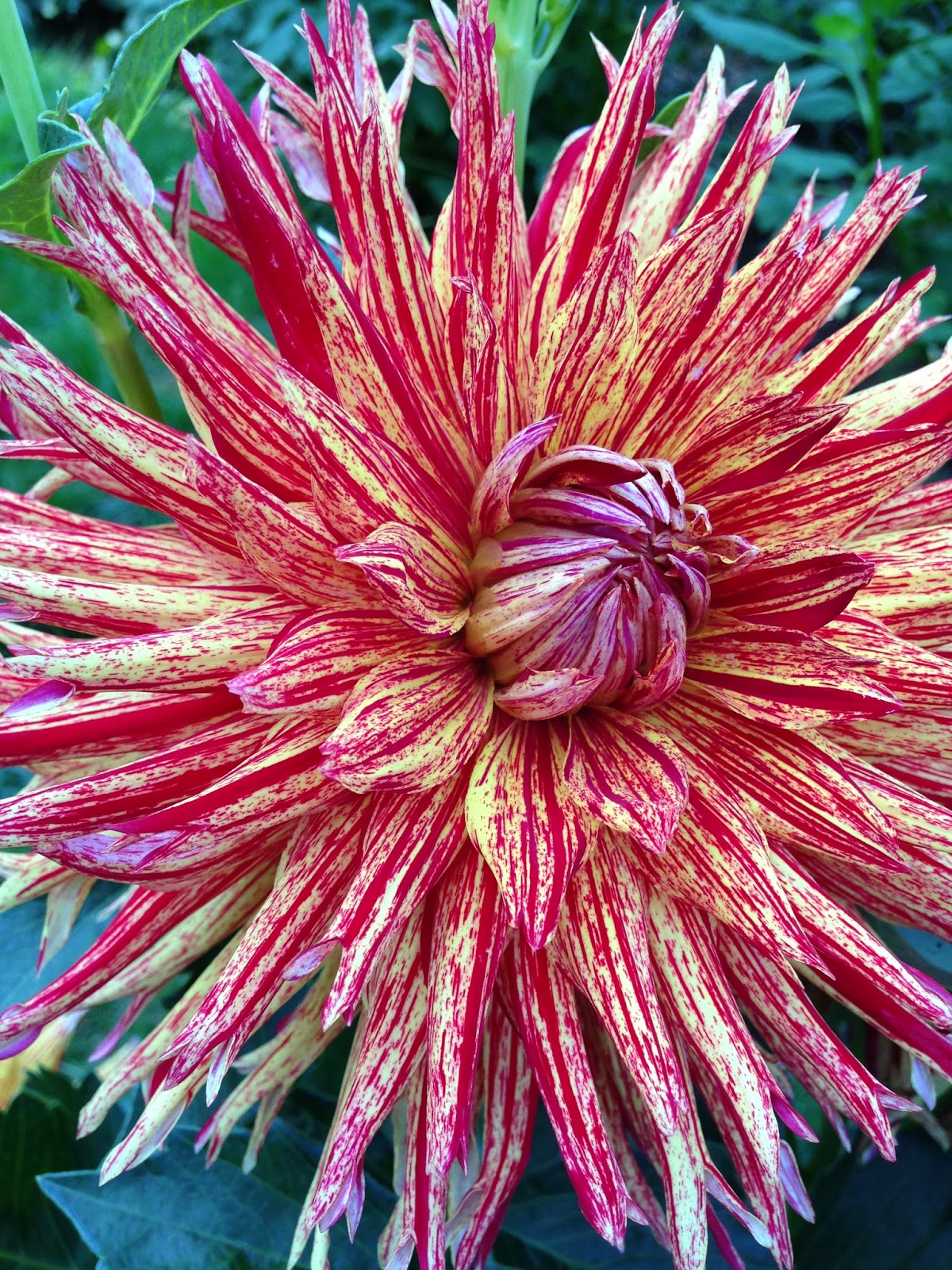 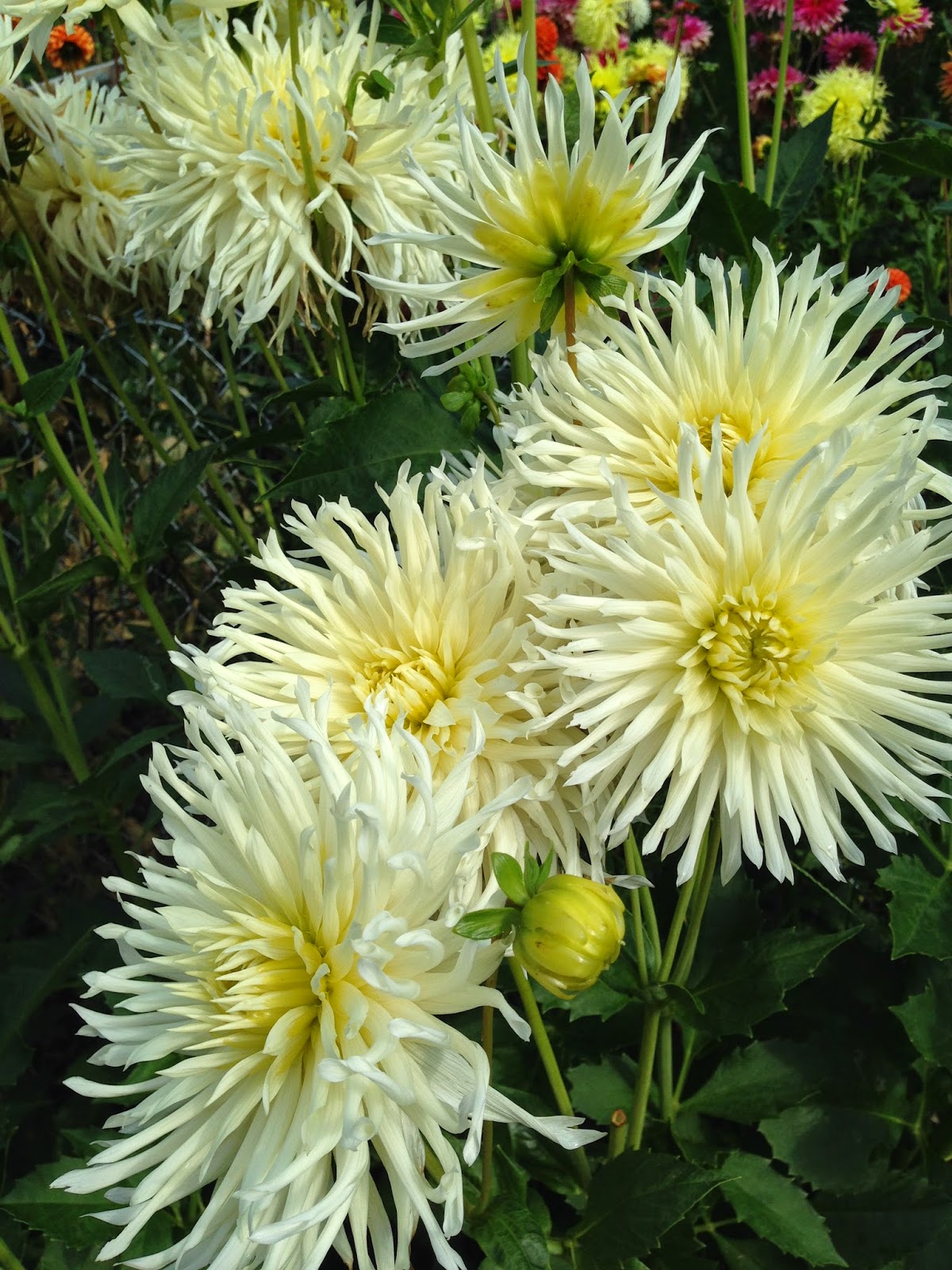 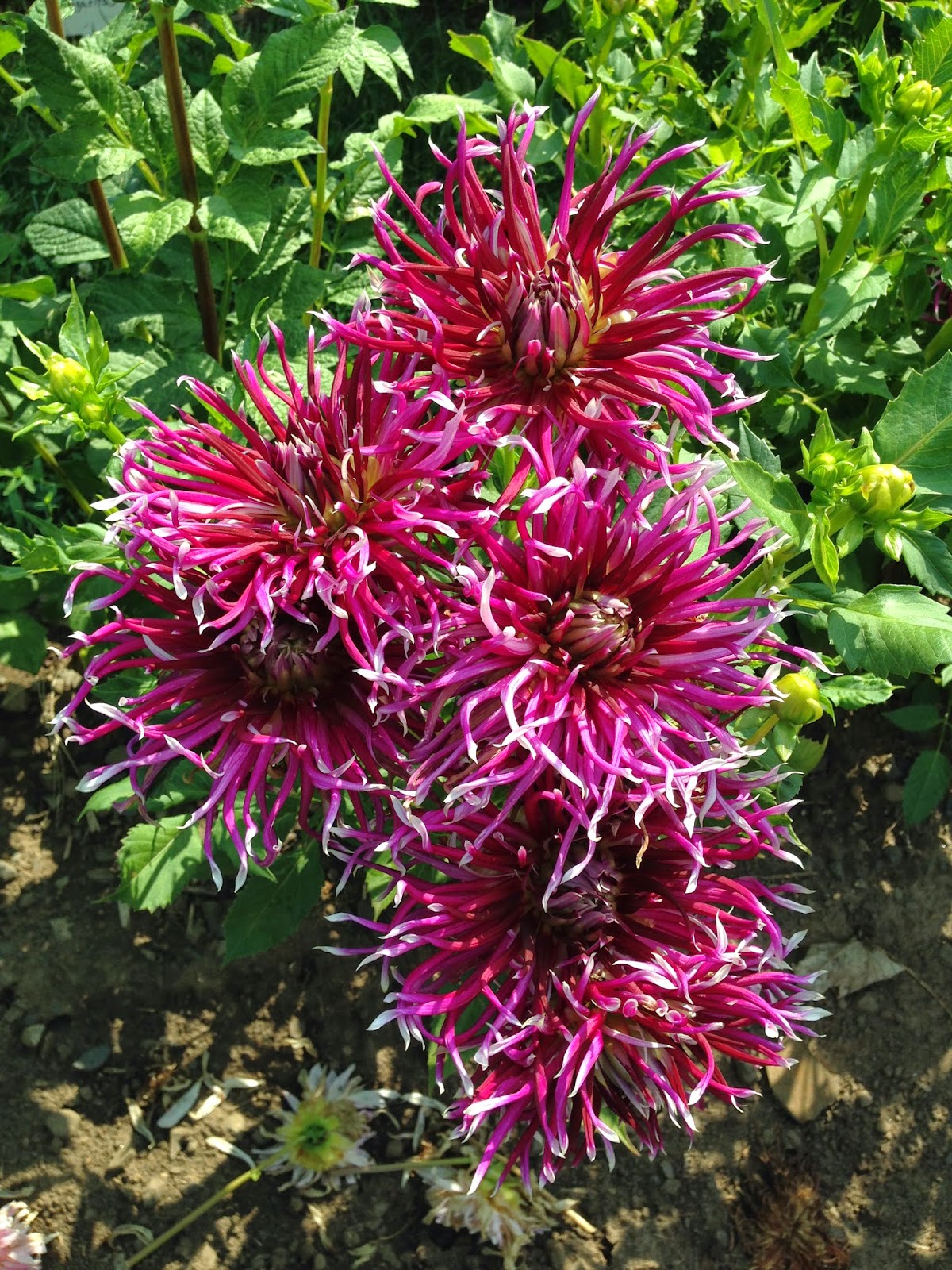 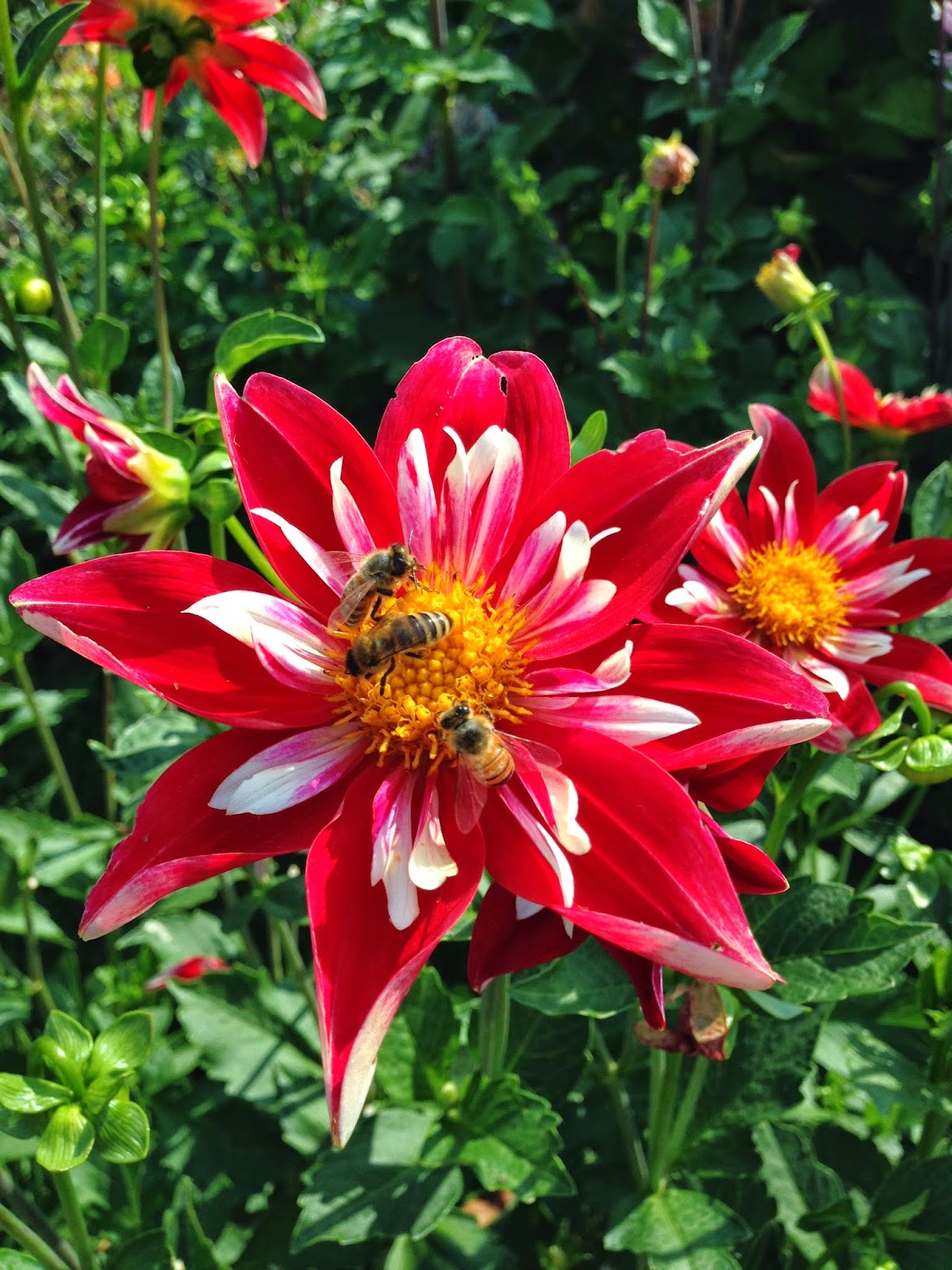