I Told You It Was Too Early!

The last two nights have been in the high 20's/low 30's and I have woken to frost. 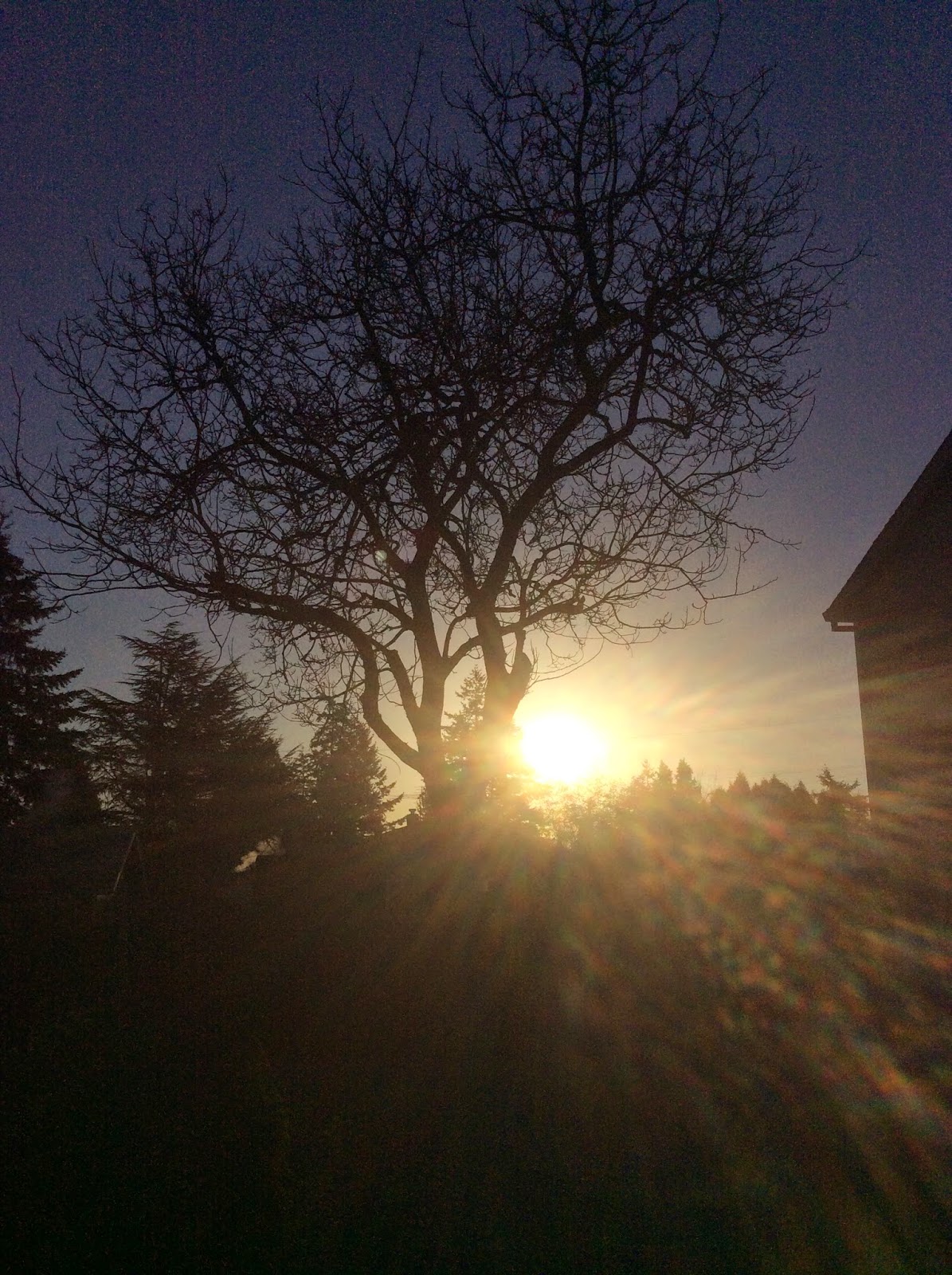 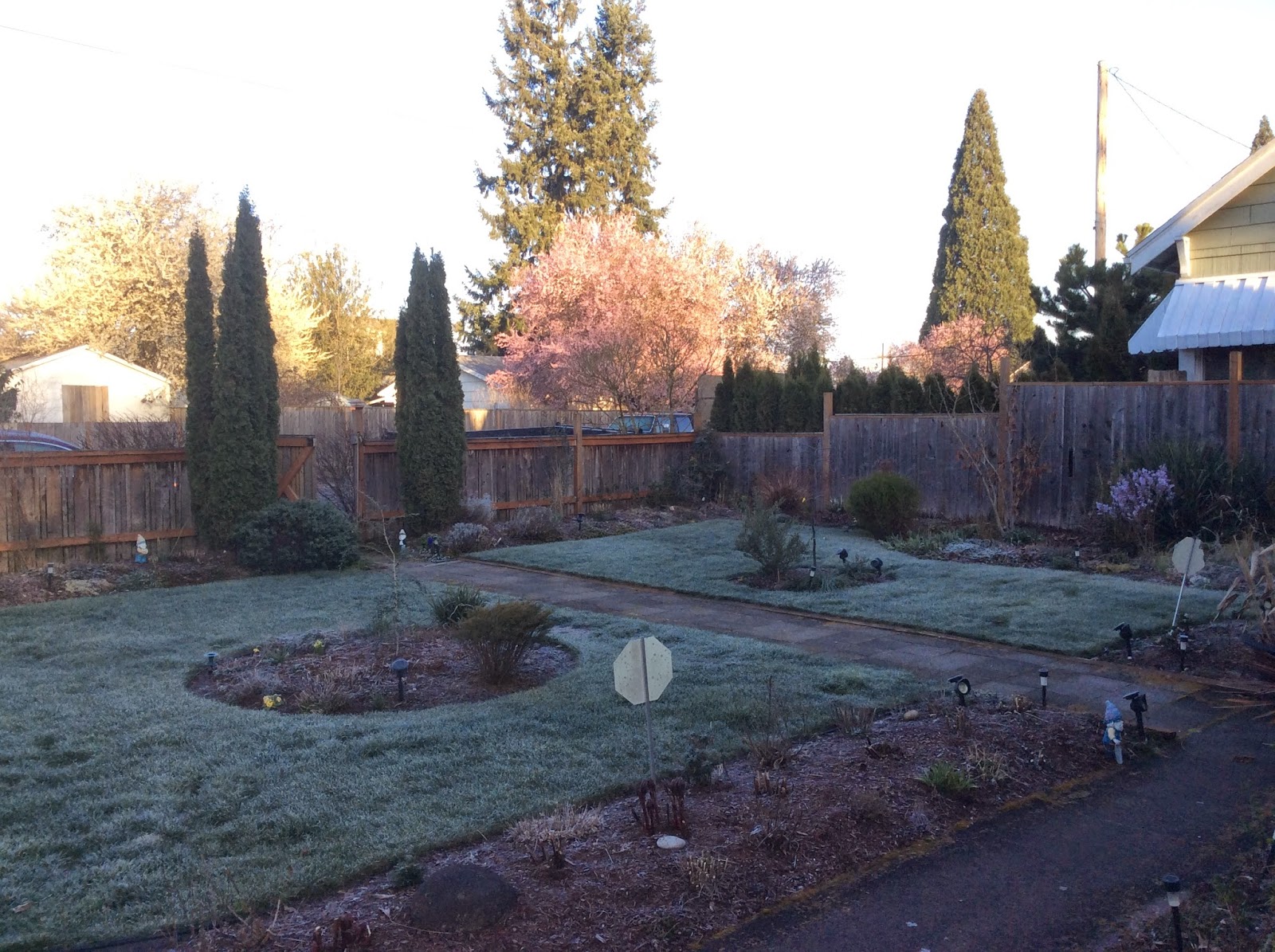 I haven't had to scrape my car windows for a very long time, but I've had too the past few days.

Isn't that terrible?!? I'm surprised Portland's "Frost-pocalypse 2015" hasn't been all over the news?

I feel a little awful whining about that (two days of frost), especially when the entire East Coast has had such a brutal winter. 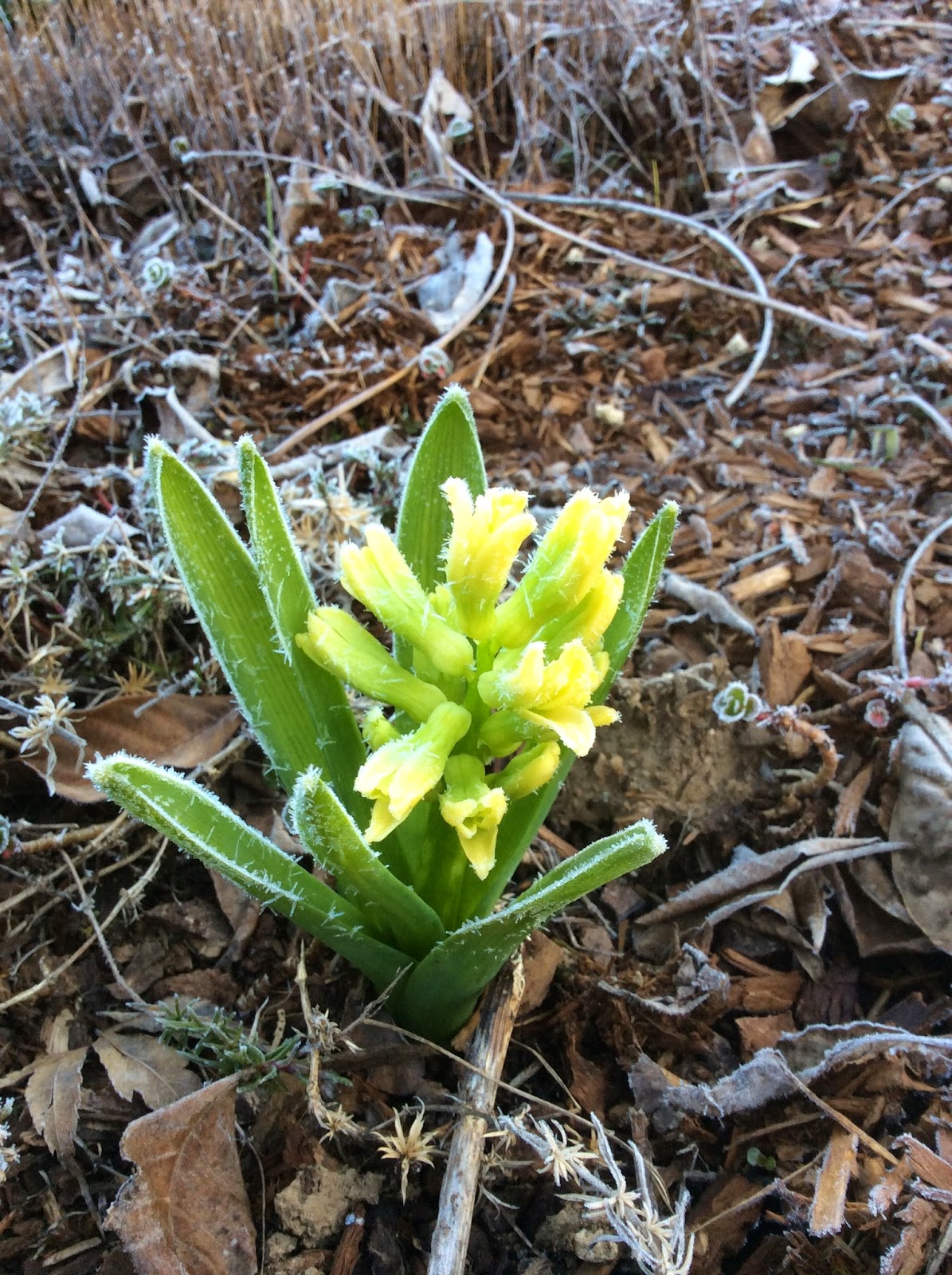 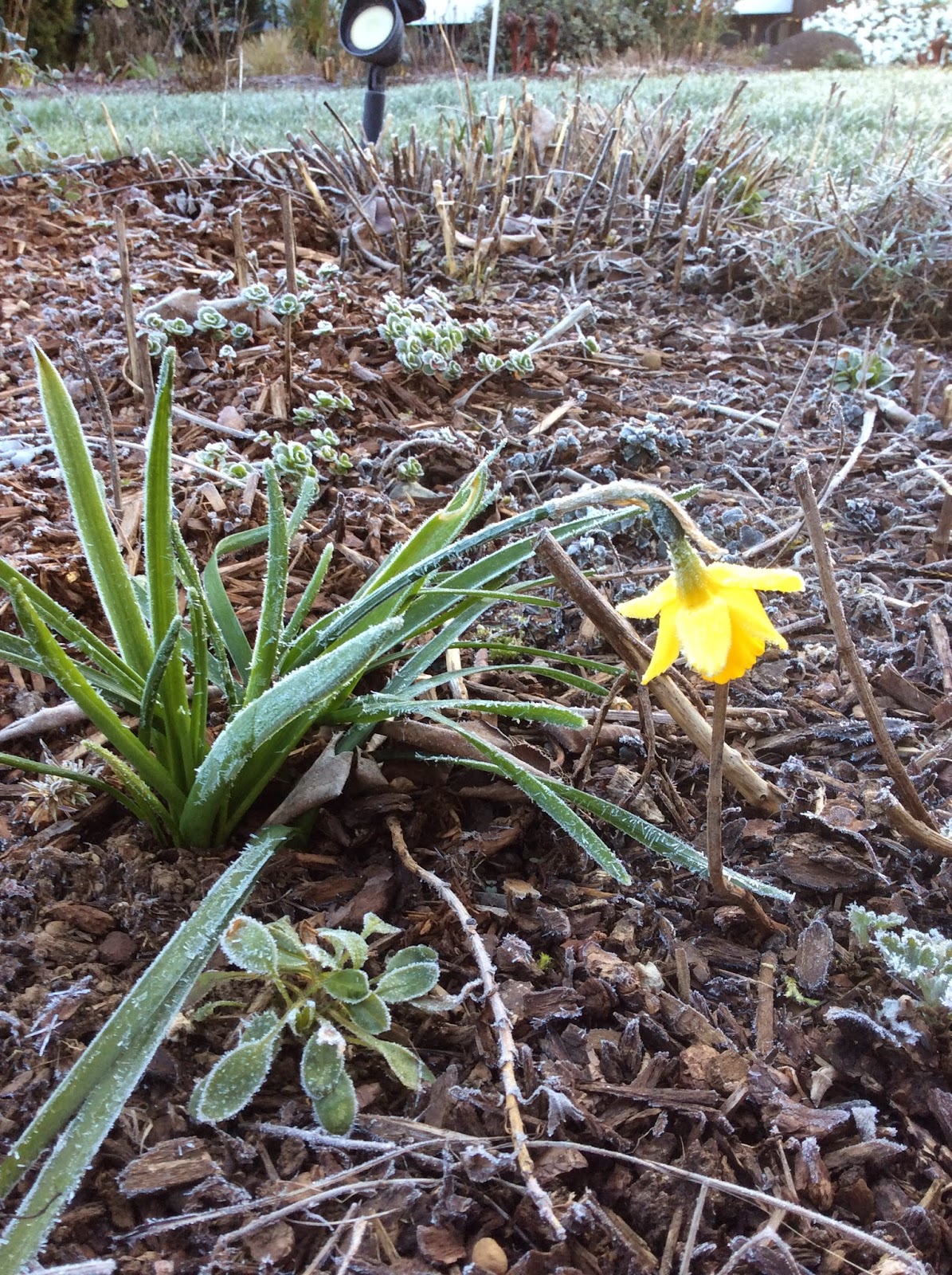 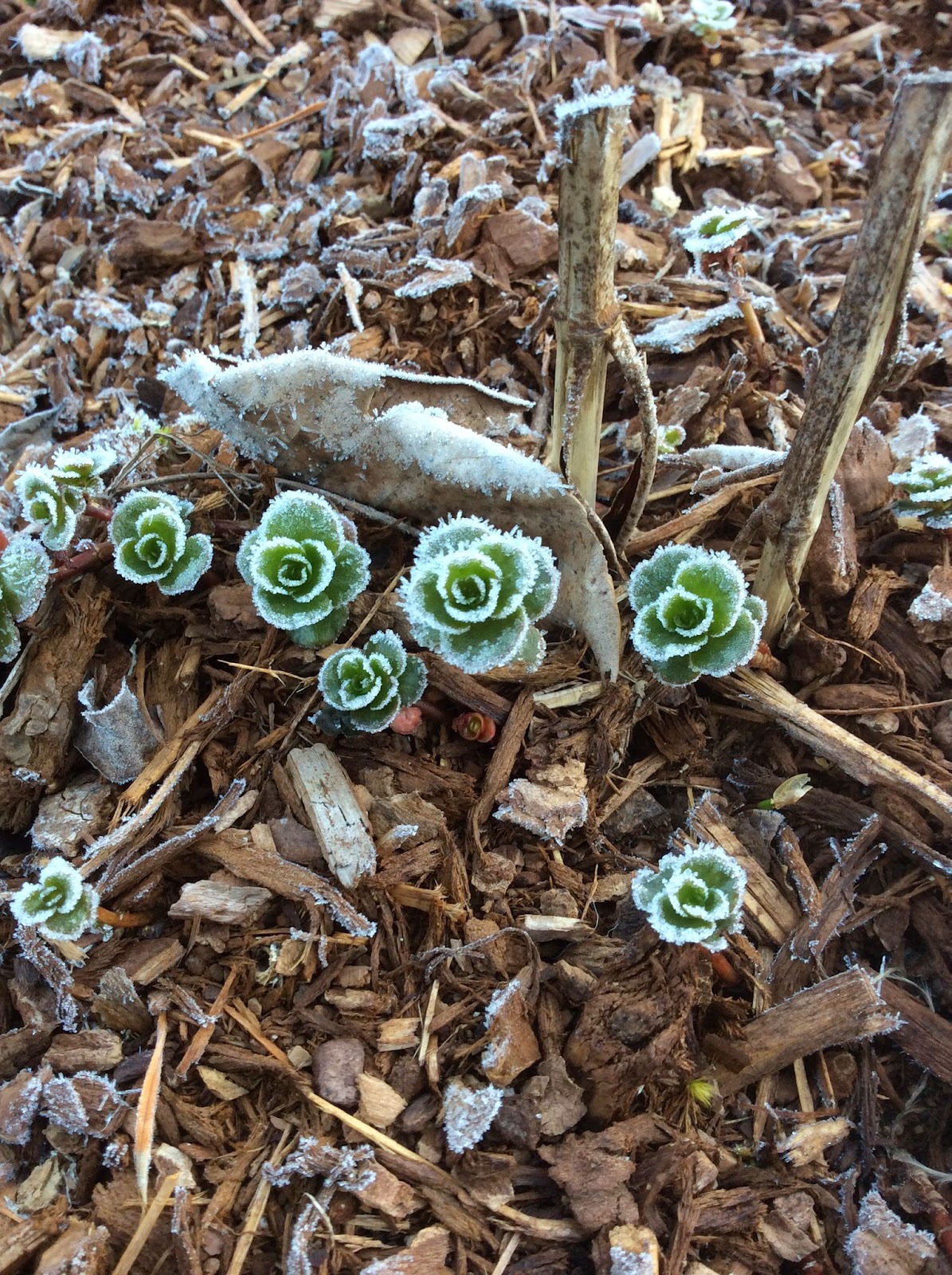 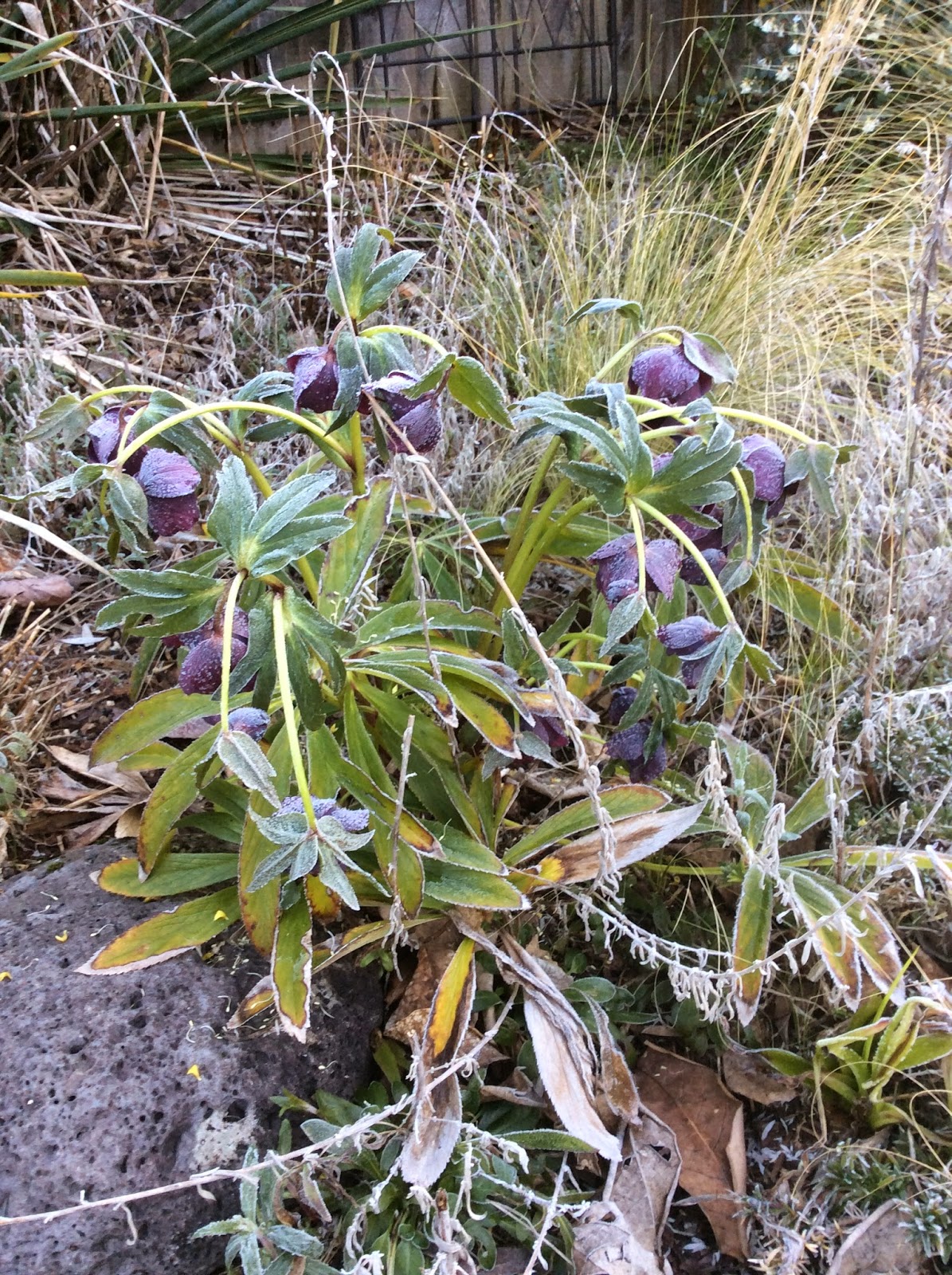 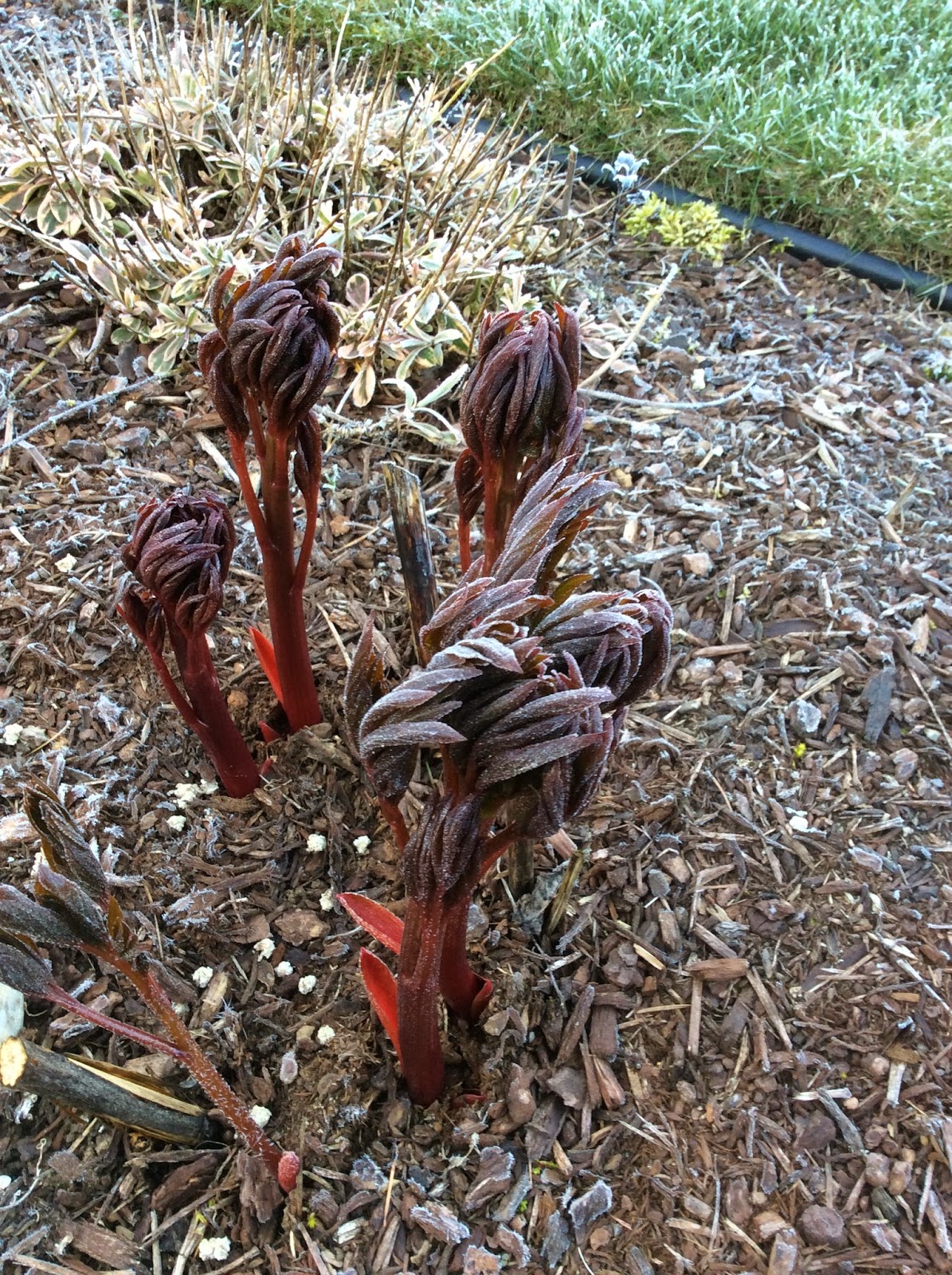 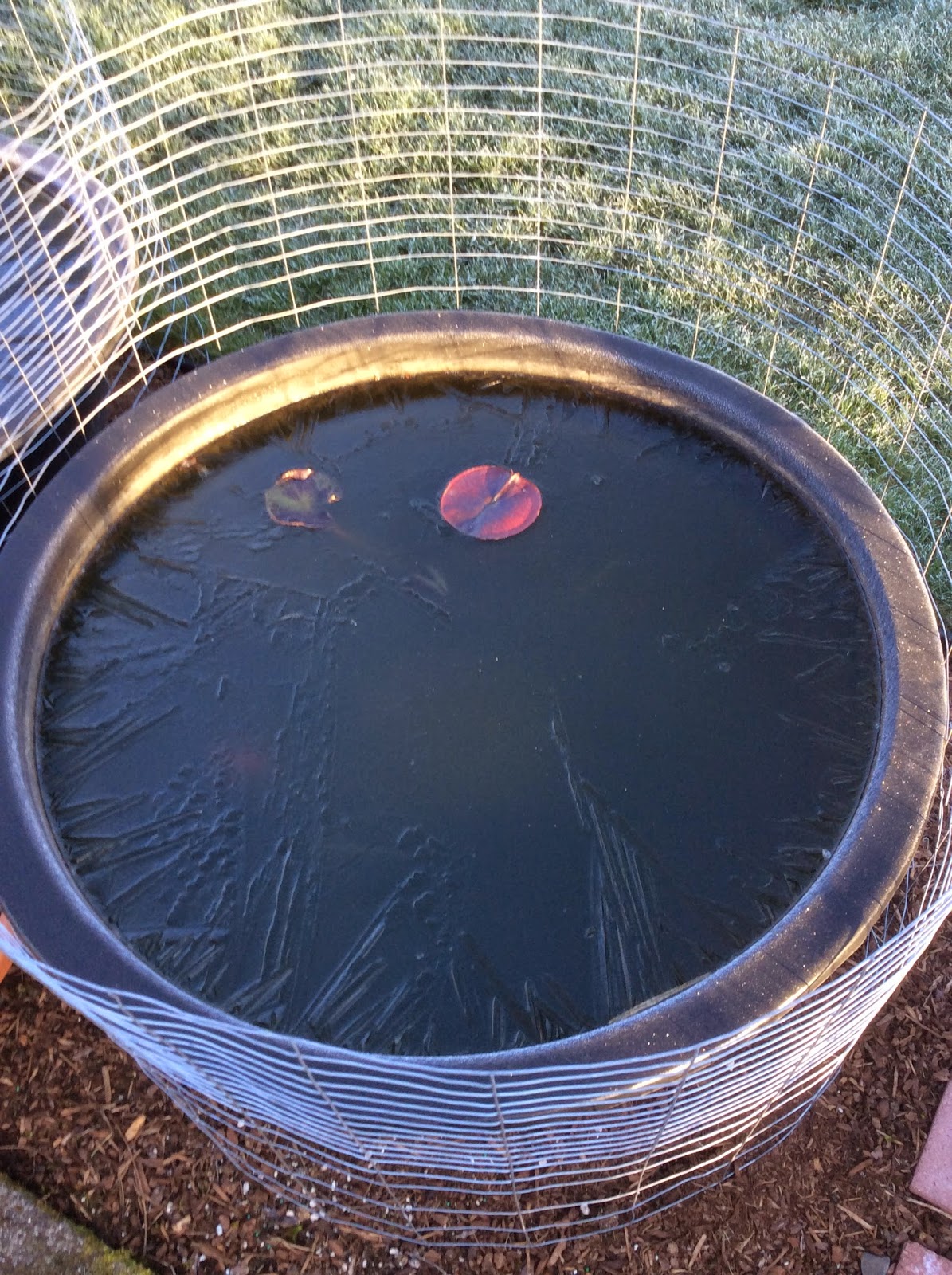 But most concerning to me were the sad tree peonies, that told me weeks ago that Spring was over, which were now drooping their heads. I told you it was too early! I told you to go back to bed for awhile! 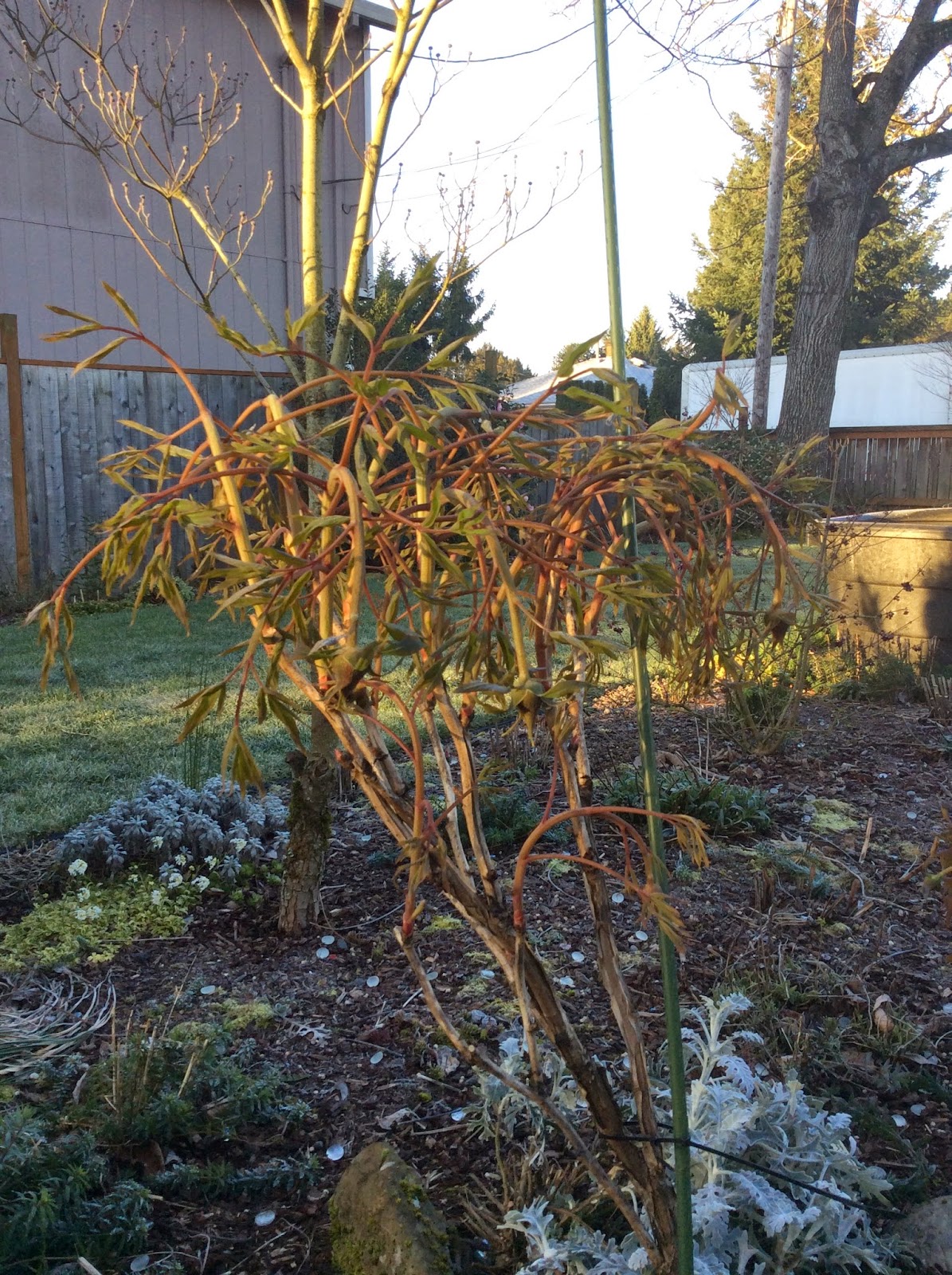 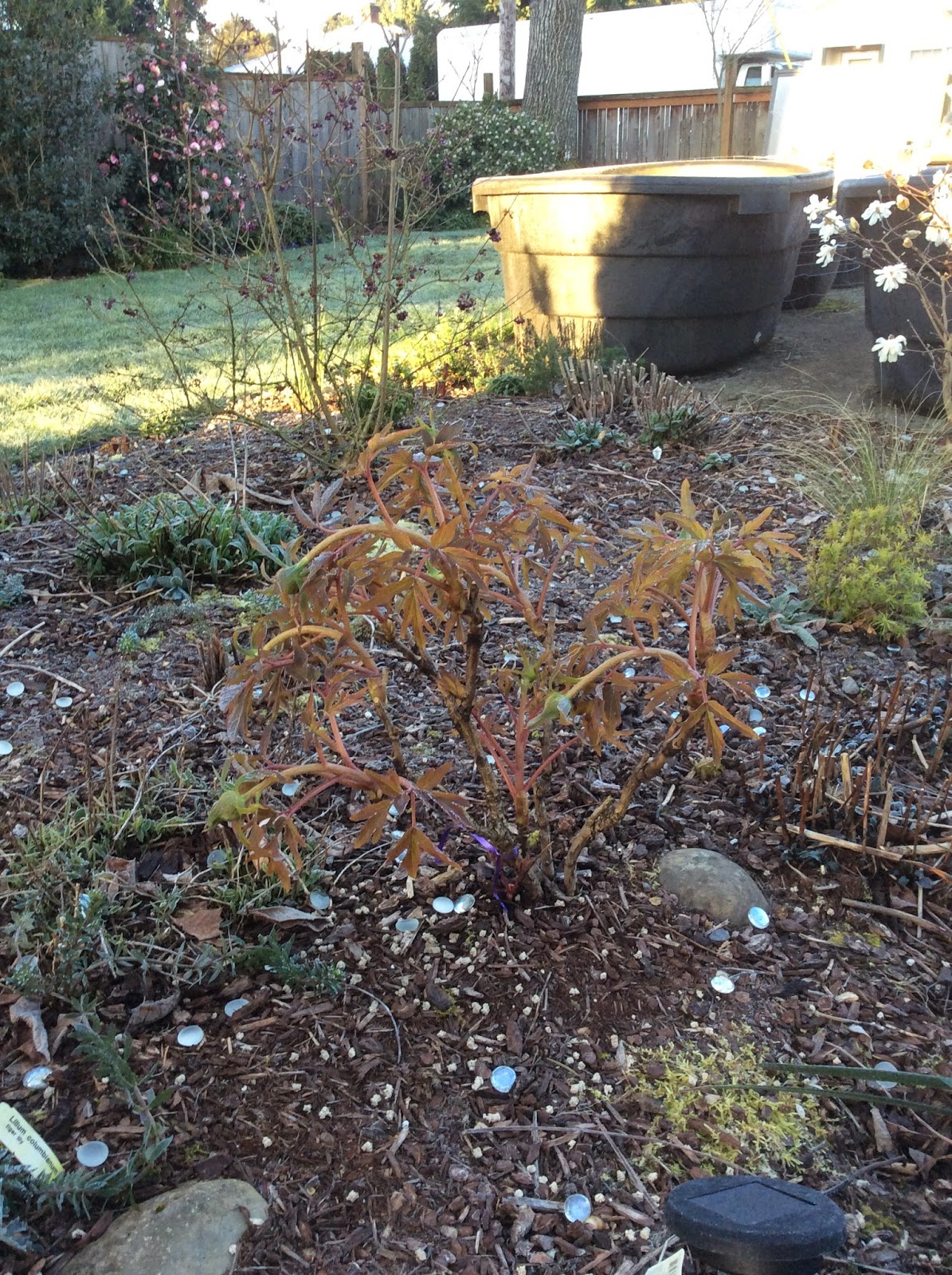 They will be fine however, they are tough!

I should probably also not rub in the fact that our daytime temps have been in the high 50's/low 60's and the forecast for this Saturday is 67 degrees.

While I'm toiling away on my patio project, I might have to take my shirt off, so I don't get overwhelmed with heat exhaustion.