It was an impulse buy at the check out counter in the garden center at Fred Meyer back in May.

A praying mantis egg case in a green plastic net bag. I think it cost $5.99. 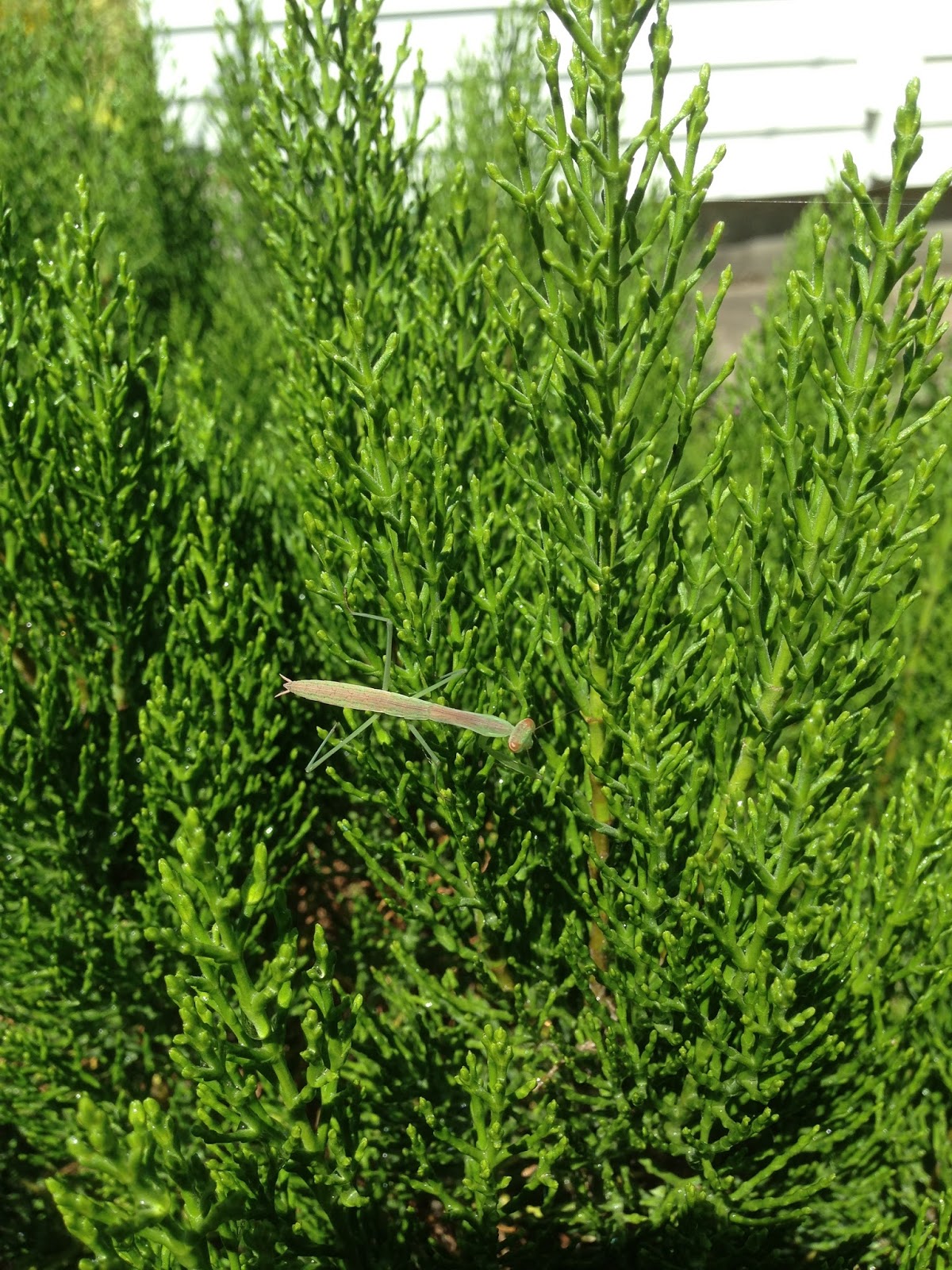 The egg case was like a dried out brown packing peanut. You'd never know anything was alive in there.  I hung the bag from an Osthmanthus bush next to my kitchen door. Every few weeks, I'd check it to see if anything was happening. Nada. The instructions said they wouldn't hatch until it got warm.

I was very into Entomology as a high school student and had to catch, kill and pin bugs for 7th grade science class. To me, the praying mantis has always been the kungfu ninja of the insect world.

They are amazing to watch and well adapted by nature to find and kill their dinner. They catch their prey and immediately eat them alive, chewing them with their strong mouth parts. I don't even have to mention the part about the females eating their mates AFTER (wink, wink)...

The down side to the mantis as a "good" insect is that their dinner tends to be to indiscriminately eat whatever bugs happen by. Whether or not mantis are a beneficial insect for the garden, I'm not sure. They eat caterpillars, butterflies, flies, bees, wasps, and moths. I figured my yard could support a few rogue mantis though.

This was to be my big "Marlin Perkins - Mutual of Omaha Wild Kingdom" moment, but the damn fly flew away... 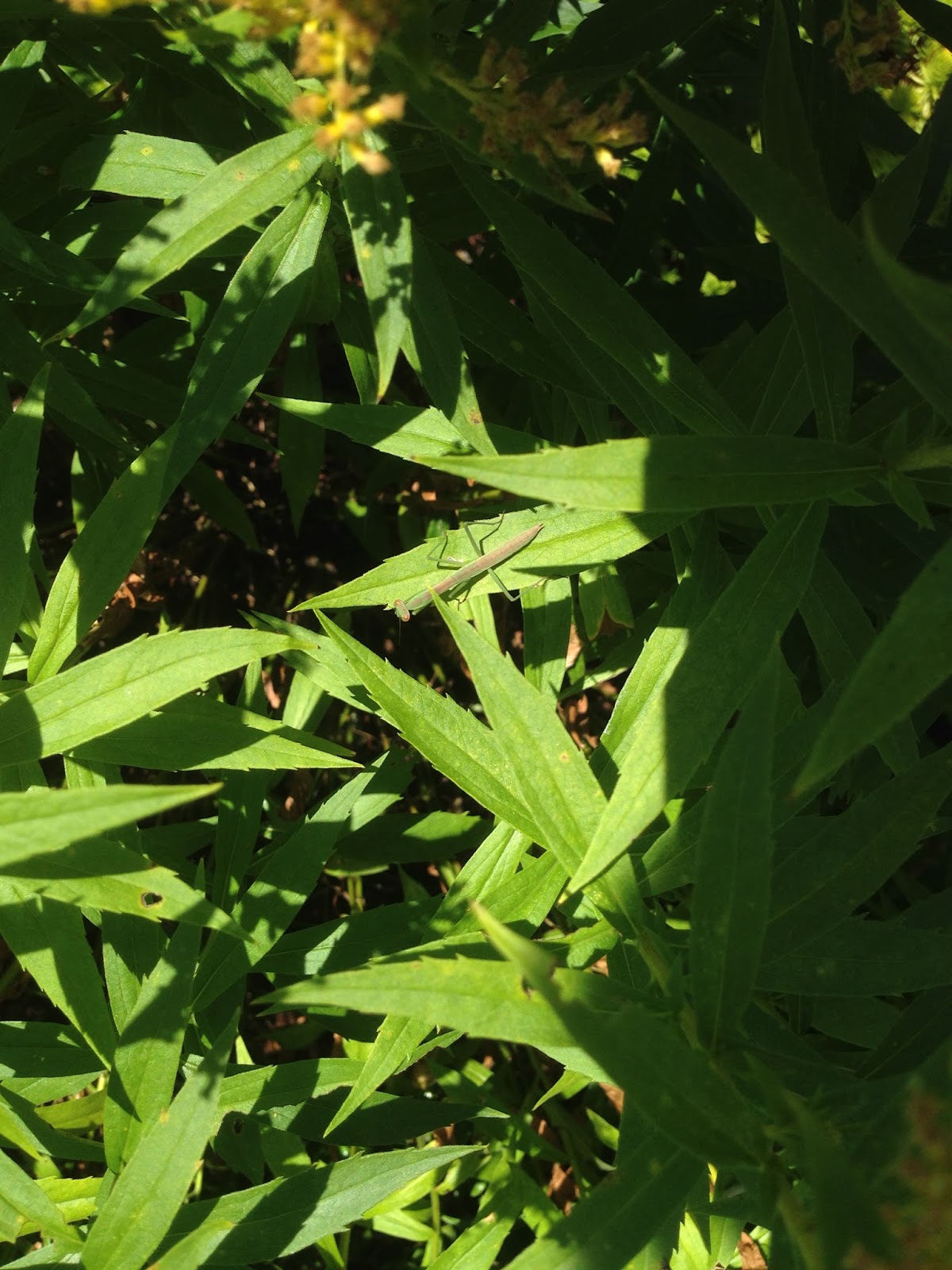 A little while later, a second mantis was spotted, so there are at least two!