Do I Really Need a Schefflera taiwaniana?

One plant everyone always seems to drool over is the tropical looking Schefflera taiwaniana.

I saw this one at Portland Nursery recently for a mere $170-ish. 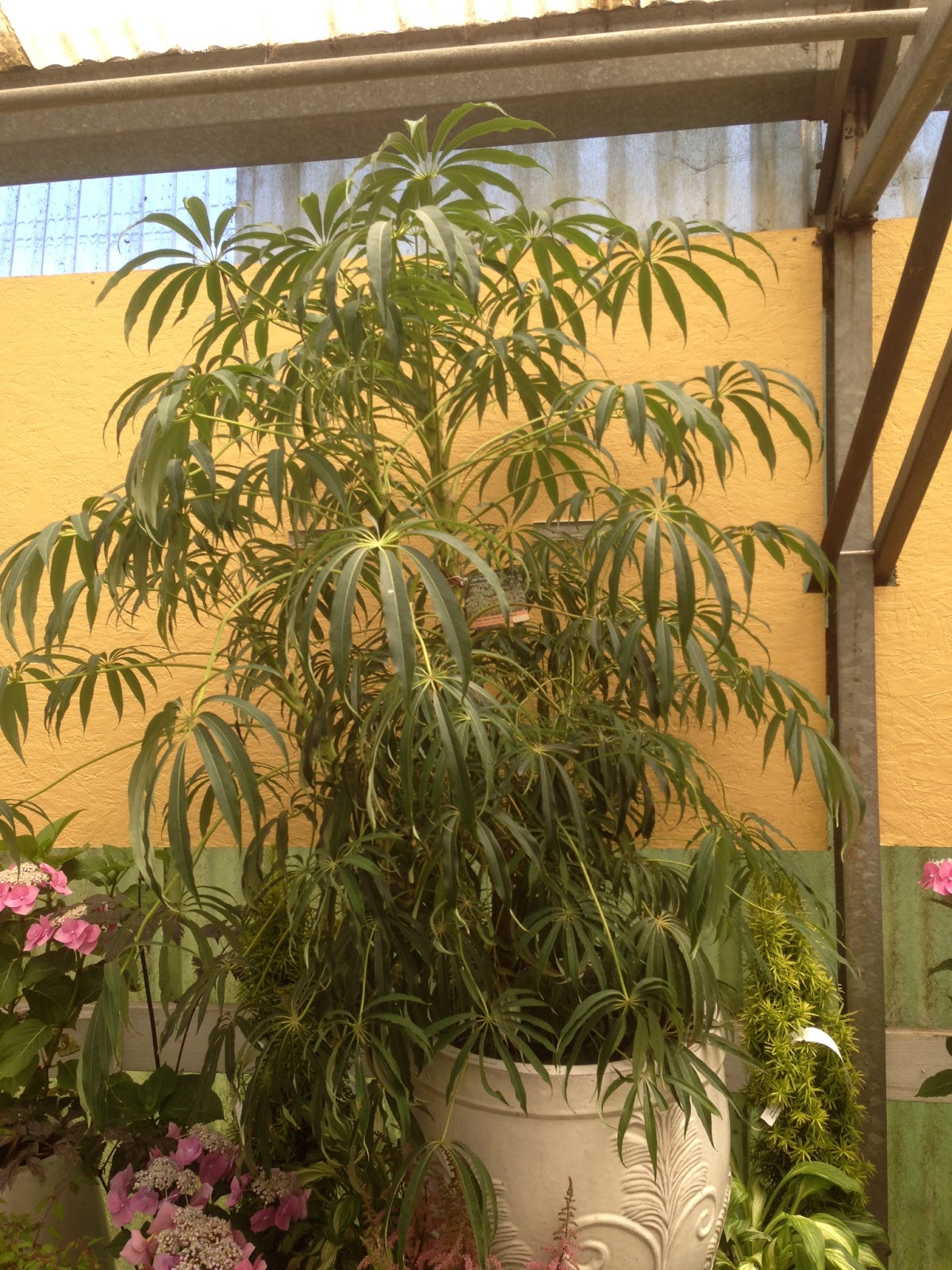 My only experience with ANY Schefflera, was that for the longest time, there was only one houseplant actually IN my home - it was that ubiquitous Schefflera houseplant that lives in the same crusty old soil and pot for a decade, off in a dark corner of the living room.

No matter how much I ignored it, mine would not die of neglect, lack of light or water. It would get scraggly and I could cut it back to nothing and it would resprout.  It took a few months, but it would eventually look good again.

It wasn't until it kept dropping leaves on the floor and I got tired of picking them up, that I finally ditched it on the compost pile.

Probably better for me not to have a Schefflera again...

Posted by Matthew - The Lents Farmer at 1:48 PM