My friend "Joe" just moved into a rental in outer SE Portland. It is on a quiet little street with about ten cookie cutter shotgun houses.

The "landscaping" was new at some point, but is now mostly dead and full of weeds.  I would call the gardening style in place here: "Neglect".

If you dig through the concrete dirt in some places, you might find ancient petrified bark mulch. I felt like I was gardening in the desert.

Saturday's project was to make this area look nice, but since it is a rental, not to spend a lot of money either. The landlord said we could do whatever we wanted, but this was going to be on the cheap.


The back yard had a brick patio, with what was supposed to be a strip of grass and then a flowerbed at the back and sides. There were stumps of old Arborvitae that were dead and hacked off every 3' or so.  The focal point is a rectangular bamboo in the middle and a Rose of Sharon to the right that has somehow narrowly escaped death.  I don't often see square bamboo. 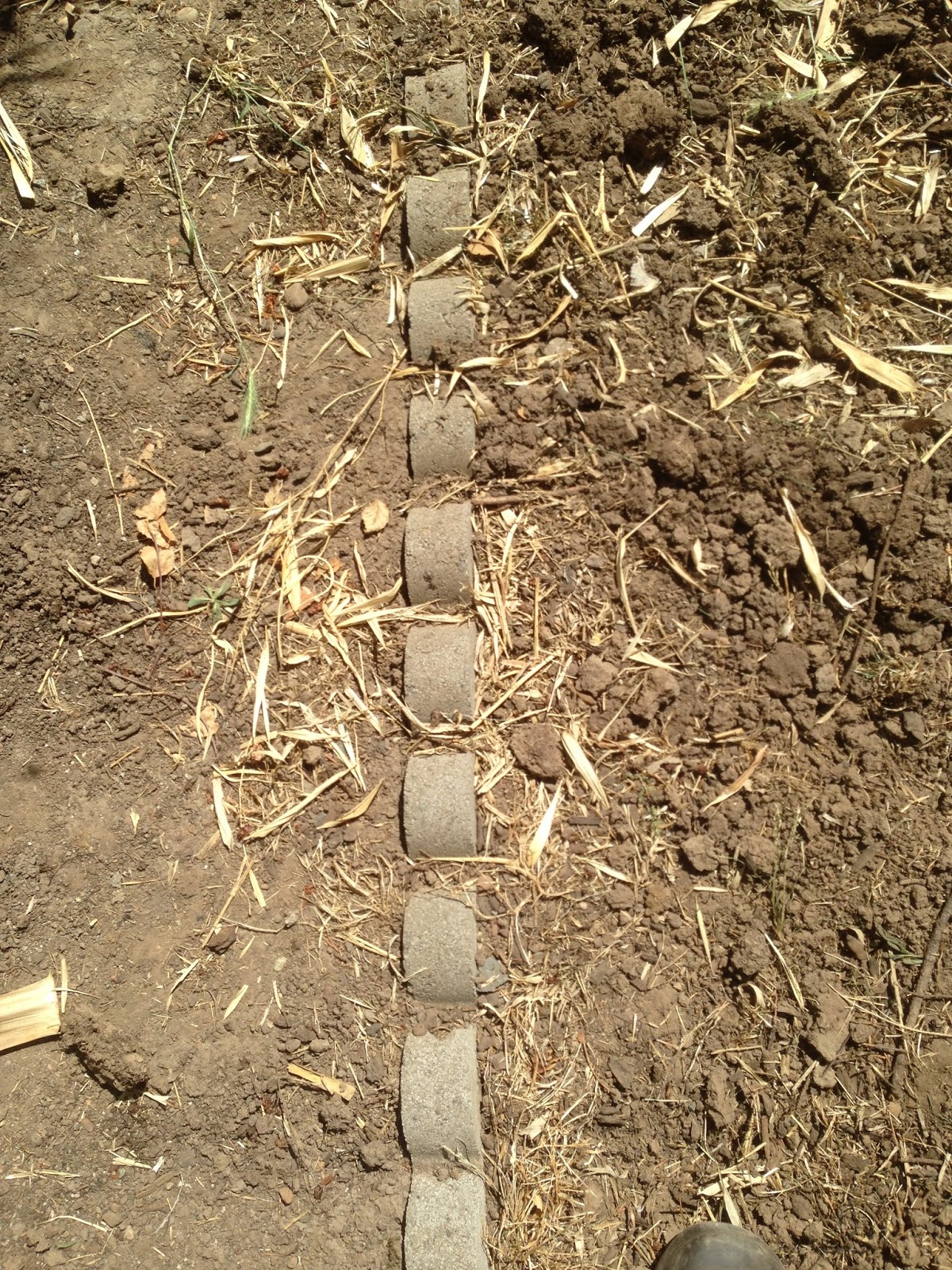 The "flowerbed" is on the left and the "grass" on the right.  We opted to pull out the concrete edging and make the space all the same. 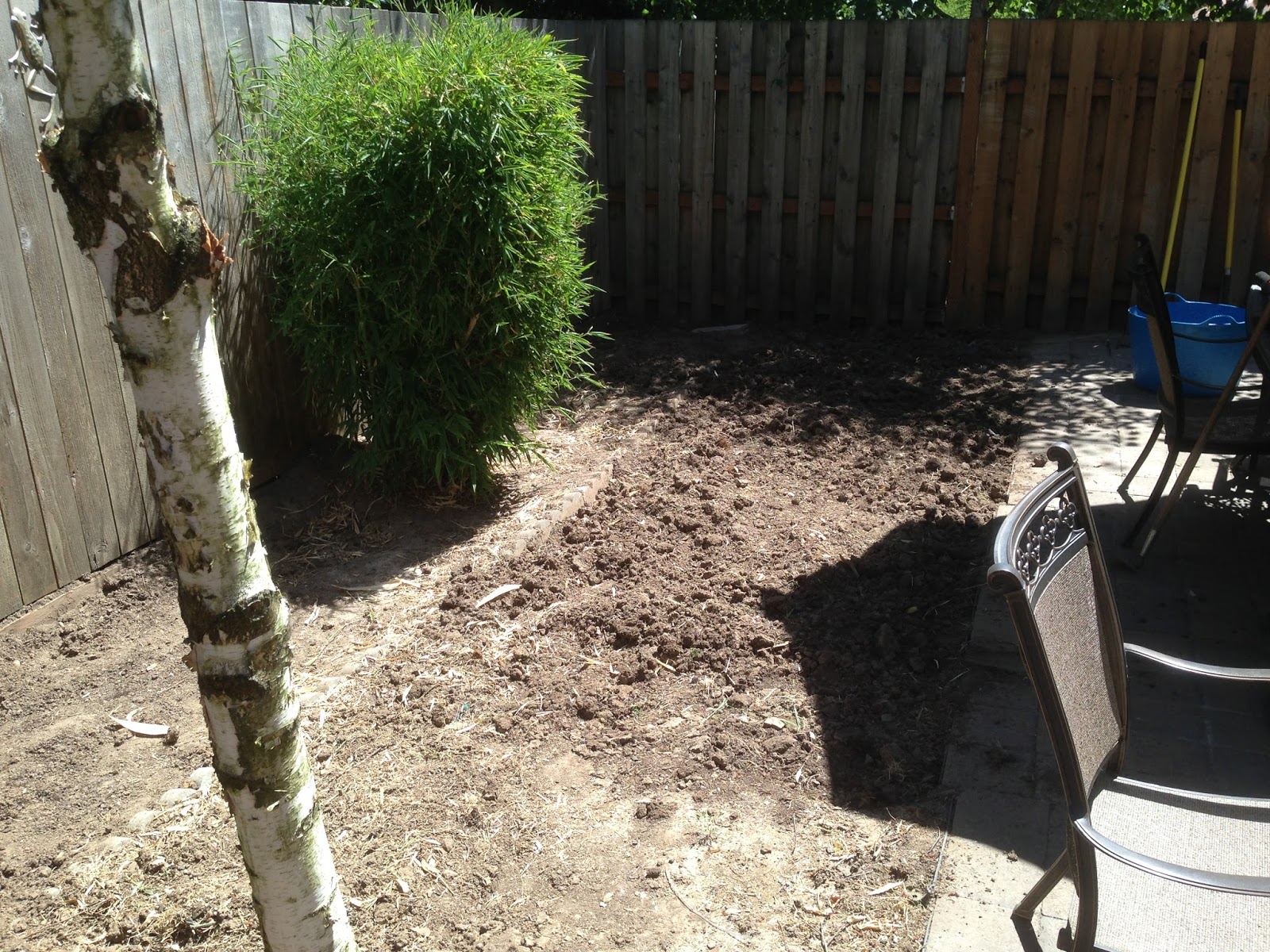 Unfortunately we couldn't wet the area down ahead of time, so we just dug through the hard packed dirt and dust. Here is the yard after the removal of the grass and clover. Everything is raked out smooth.You can just see how dry that soil is.

Herbs went in first: sage, rosemary, chives, oregano, basil, lemon thyme. The herbs were $3.99 at Portland Nursery. I chose most of them for Joe because he likes to cook and for their drought tolerance. They are also easily left behind for the next renters and easy to replace. 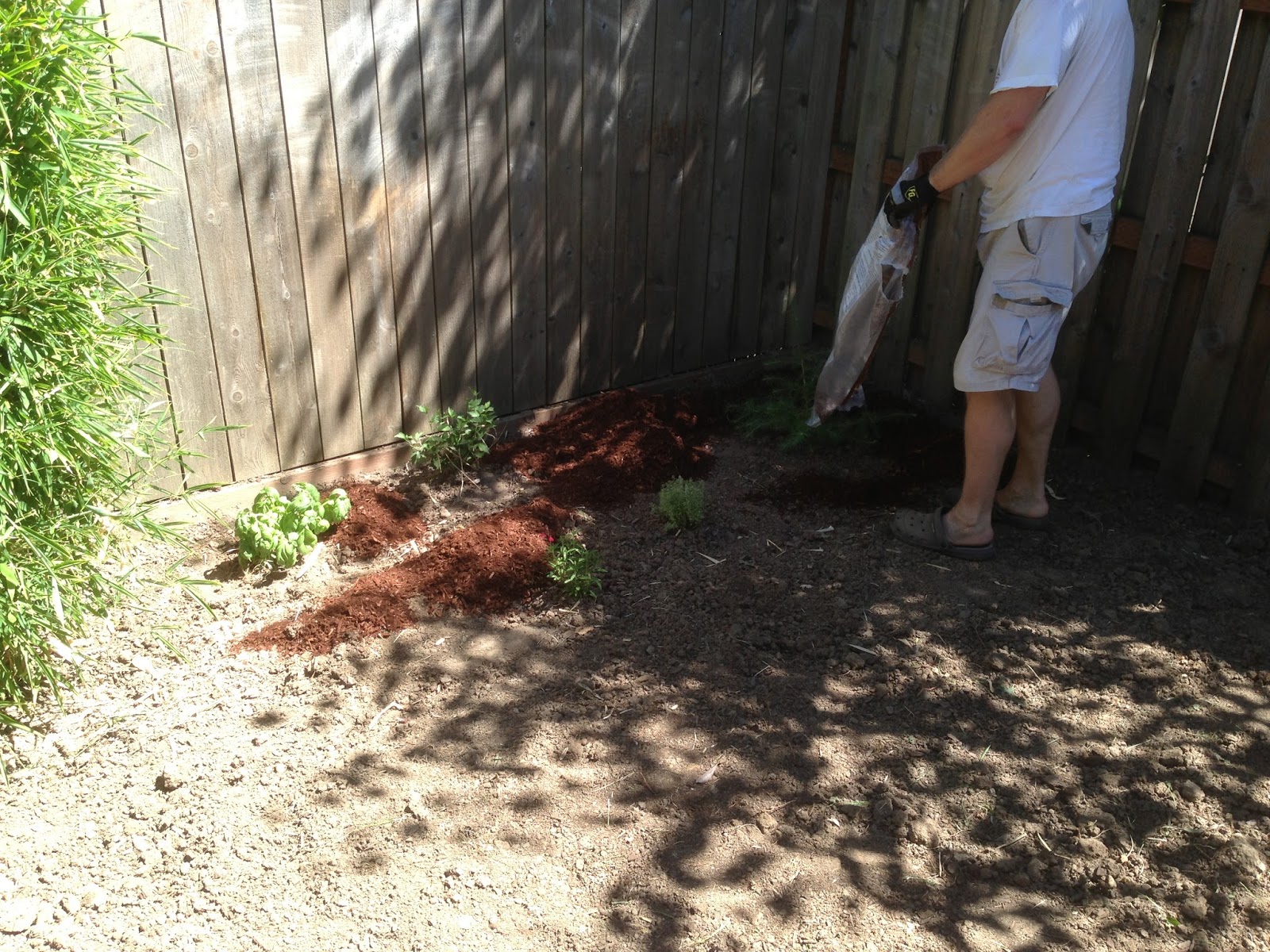 The first trip to Home Depot yielded 9 bags of BROWN bark mulch. It wasn't quite enough to cover the space.  You can see how a new layer of mulch covers a multitude of sins. 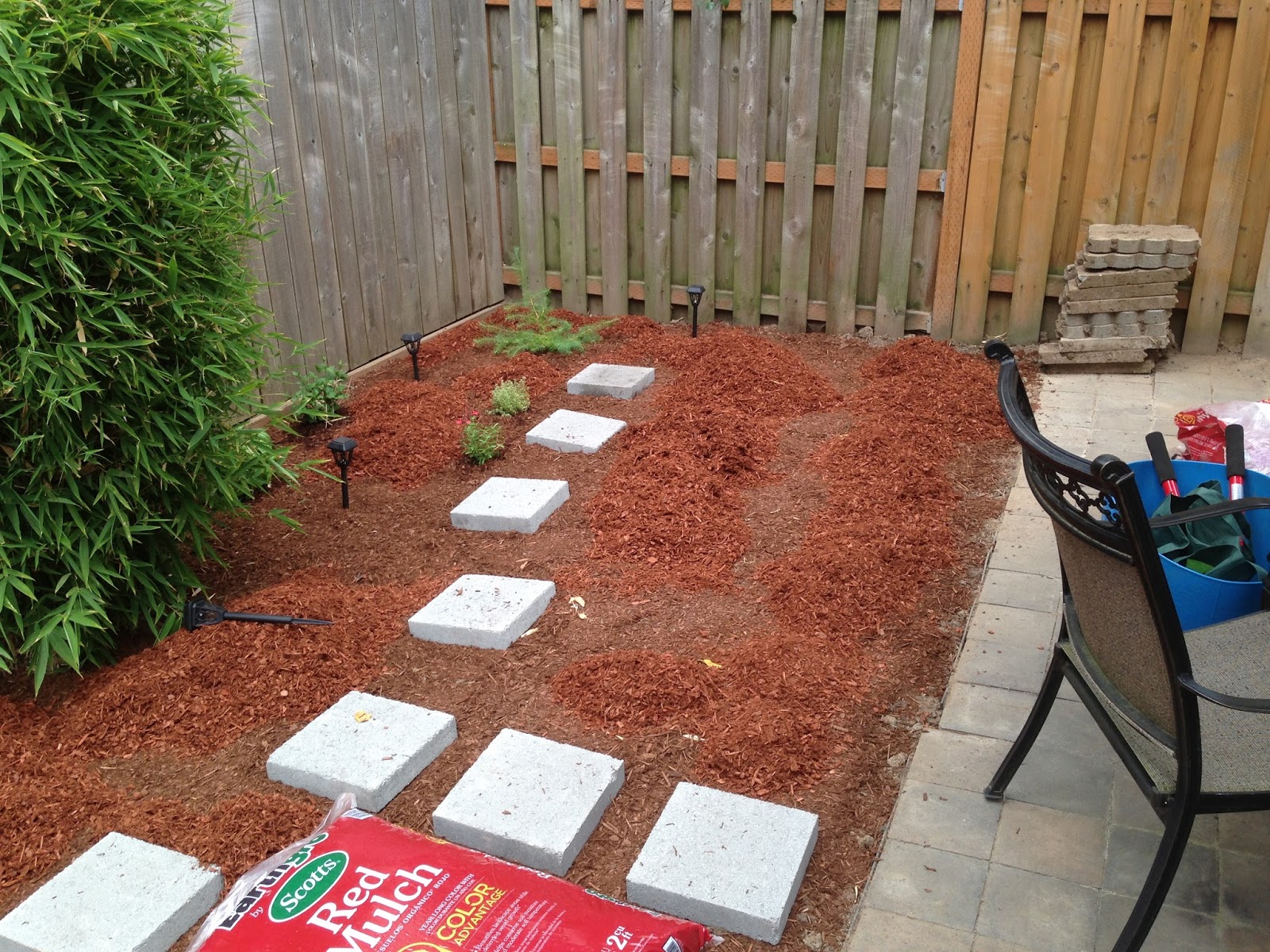 On Sunday, Joe went back to Home Depot and came home with 9 additional bags of RED mulch. Apparently there was a run on the brown and they were out. So, we had a change in color scheme! With some sun and age it will all fade anyway.

I gifted Joe the herbs and the lovely Larch was a freebee from the first open garden he attended with me at Jane's garden.  We don't know the name of it, but hopefully he won't still be renting there if/when it gets huge!

In the future, if he wants more plants/flowers, there is room for more, but for now it is low maintenance, easy and looks pretty. The open area in the front of the pavers allows for more chairs without sitting in the landscaping.

Some spot weeding when weeds pop up will be needed, watering the herbs daily until they are established and watering the tree occasionally to make it less stressed.

In 6 hours and for about $100 we created a backyard paradise.  Well, perhaps not quite paradise, but to Joe it is.