The house directly behind mine seems to be either bank owned or a hermit lives there. I NEVER see anybody outside and the backyard looks like a dry weedy wasteland. I many have even seen a tumbleweed or two.

I have a garden shed in the back corner of my property and they have some sort of out building that is about a foot away from my fence. So there is a no mans land about 12" wide between my fence and their building.


The dreaded Himalayan blackberries have made this crevasse their new home. I decided since the blackberries were coming under, over and through the fence that it was time for some "ninja gardening". 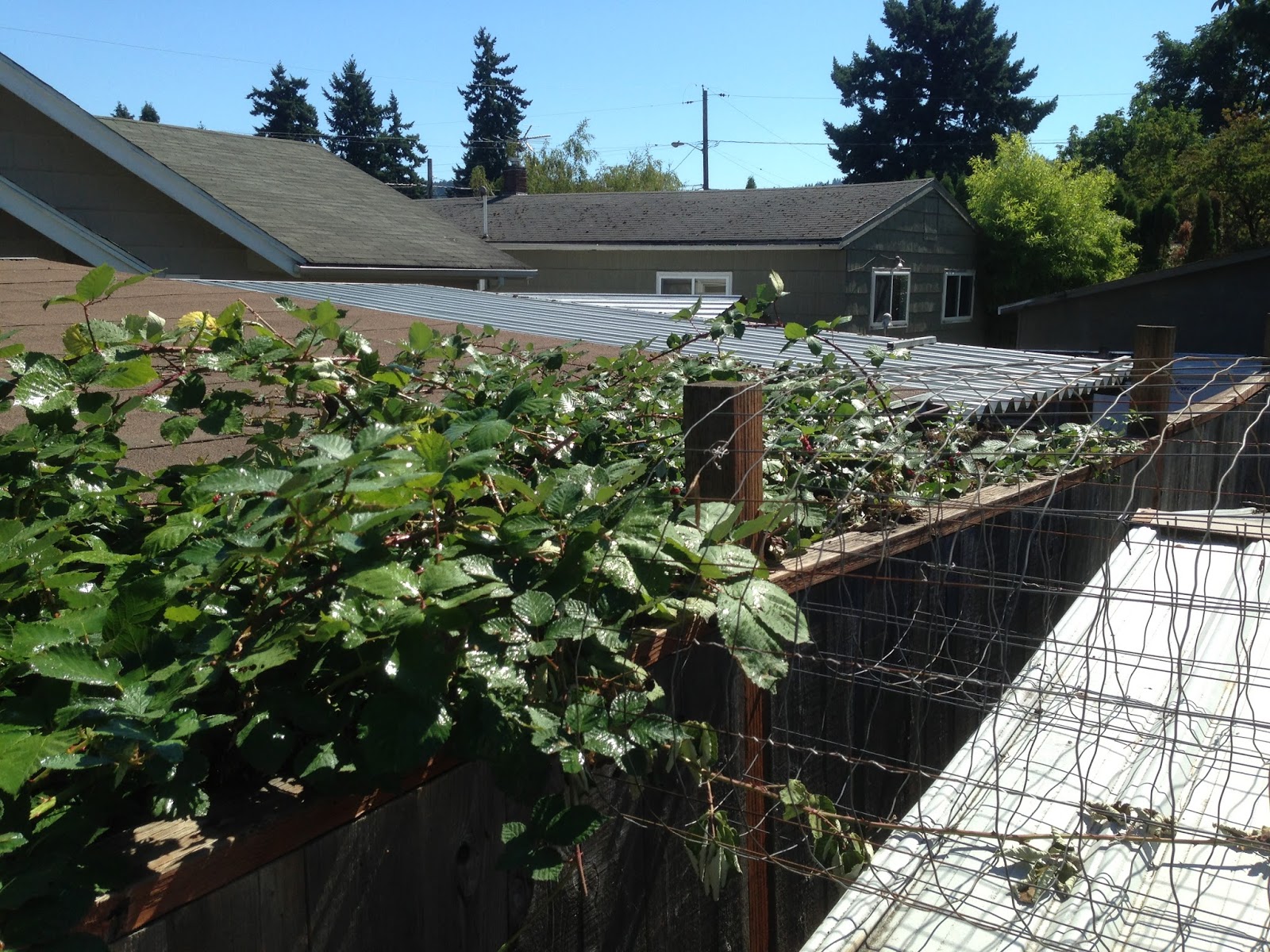 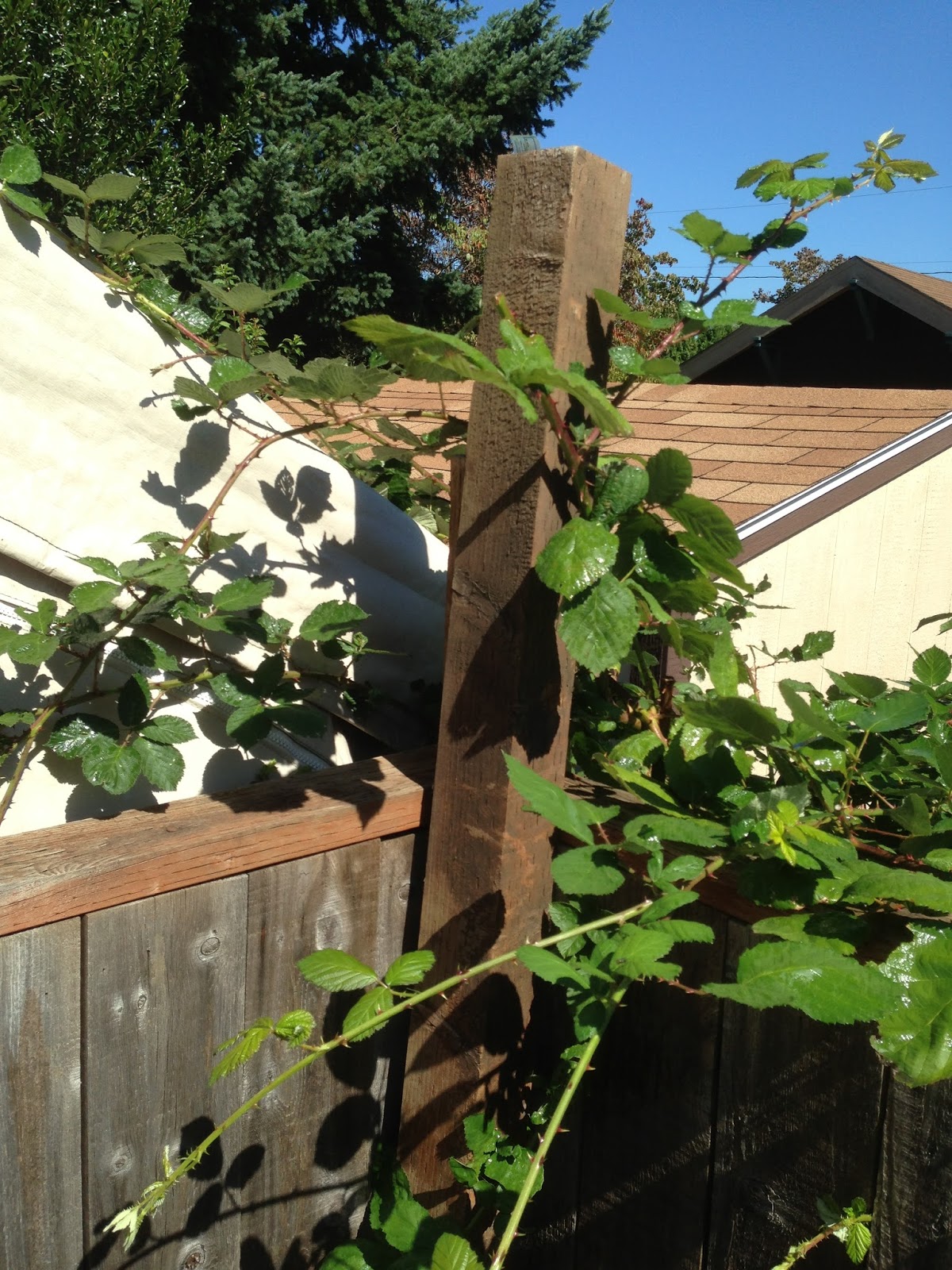 I have previously "ninja gardened" the laurel hedge of the house across the street (a neglected rental),  pulled weeds (a la OCD) at several other neighbors, and watered plenty of plants that were not mine.

I went to Freddies Saturday and got some Round Up Wild (is there really any other kind, really?) Blackberry PLUS Vine & Brush Killer in the handy Pump 'N Go sprayer. I got out my trusty step ladder and started spraying over the top of the fence. I even sprayed through the knotholes in the fence as best I could.

It's my understanding that multiple applications will probably be needed, Round Up is most effective during warmer weather and Fall is the perfect time to spray.

After the brambles die, I'll see what I can do to cut away and discard the dead vines to make it look better. These berries can be a constant problem each year, but it feels good to get them under control before they get out of control. 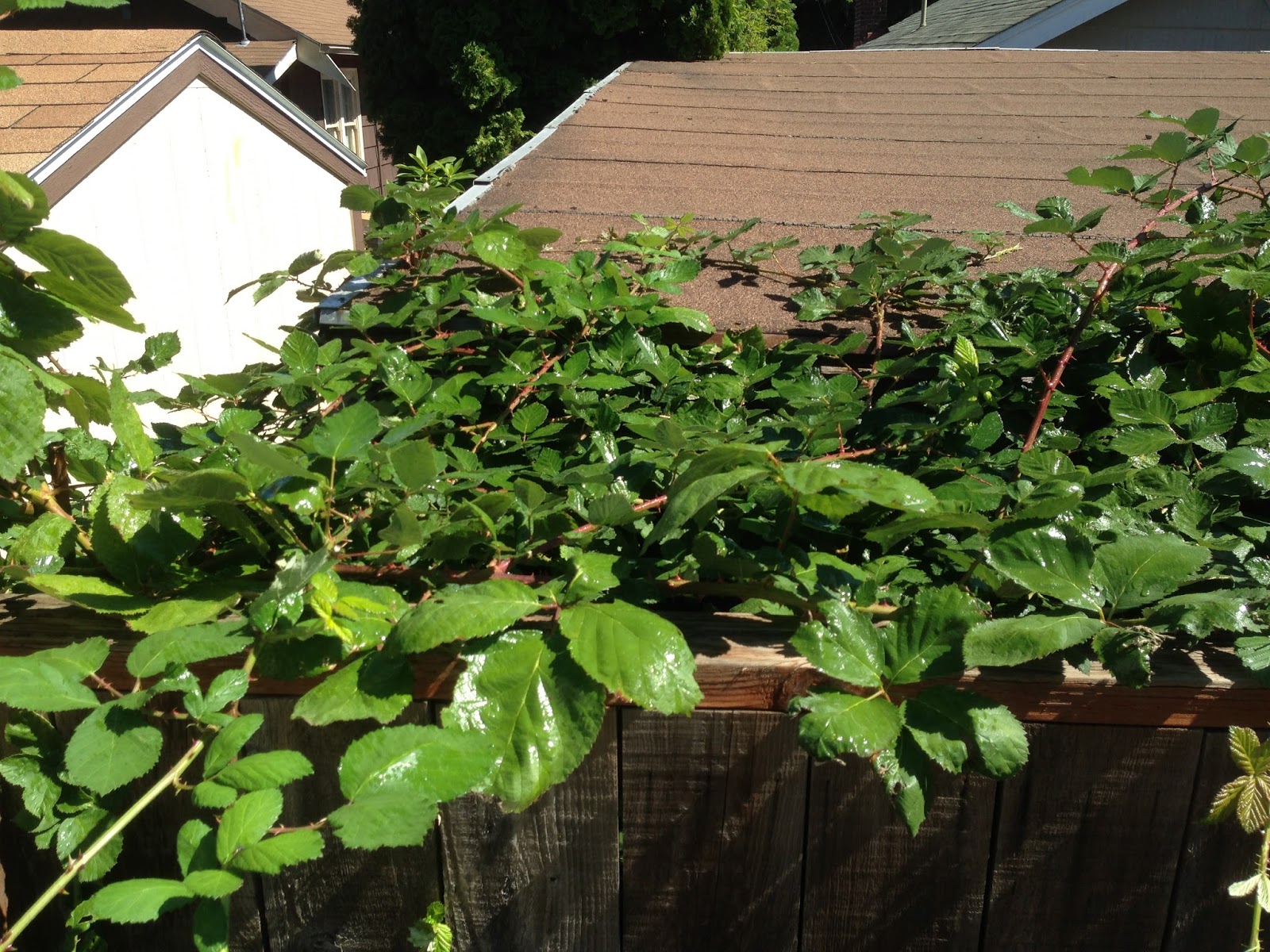 UPDATE: In September, new owners moved in and removed all the berry brambles!
Posted by Matthew - The Lents Farmer at 9:33 AM